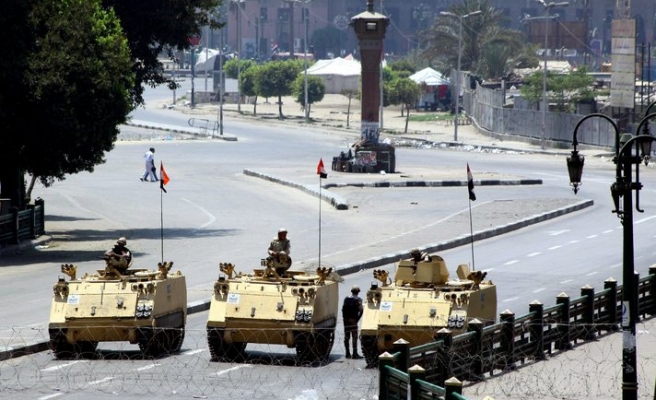 Egypt's new constitution aims to empower the army's role in policy making and to establish a regime that will place civil policy under military tutelage, a report by Turkish Foundation for Political, Economic and Social Research (SETA) claims.

The report titled "Post-Military Coup Process in Egypt and New Constitution", underscores that the constitution which was written during the ousted president Mohamed Morsi's reign caused great dissent. The drafting of the constitution was prevented through the courts and the opposition found different reasons to criticize the constitution at every turn. The report highlights that the Consitutional Commission composing of military government personnel completed the constitution without any debate.

The new constitution aims to strengthen military power and the old regime instead of demilitarization and democratization, stressed the report. It also declared that it is far from reality to think that the new constitution will bring a solution to the existing problems of Egypt.

Sectors such as tourism, finance and industry loose ground because of the unstable environment created with the military coup. The country's economy that tries to stay afloat with external financial aid hardly manages itself, stated the report.

The election calendar is not included in the new constitution thus giving the opportunity to the Interim President Adly Mansour to determine the future dates of elections which the report cites can be used in an opportunistic way.