Mona is one of nearly five million Egyptian women who represent the main breadwinners for their families, according to CAPMAS 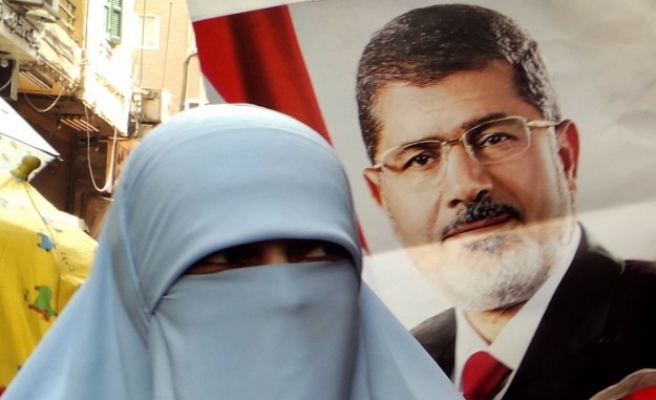 In one of downtown Cairo's side streets near the World Trade Centre, not far from Egypt's Foreign Ministry, cars line up and tuk-tuks buzz this way and that.

A few meters from the end of the street, one cannot miss an old woman with a wrinkled face wearing a traditional black galabiya, yellow headscarf and worn-out slippers.

Although she is 48 years old, Mona – or "Om Sameh" as she likes to be called – is incredibly active, darting in and out of traffic and shouting.

She is always busy trying to direct the flow of motorists, so as to allow drivers to park more easily.

Mona is one of Egypt's few "parking women."

"Every day I wake up at the break of dawn and get here by 7am at the latest," Mona, who lives in Abu Zaabal, a small town located in Egypt's Qalioubiya province, tells Anadolu Agency.

Divorced with four sons, Mona is the family's breadwinner.

Two of her sons are illiterate, with neither possessing a craft of any kind, while her third son, Hussein, is too sick to work.

Only her eldest son, Sameh, is able to help her, taking her place on evening shifts.

Mona is one of nearly five million Egyptian women who represent the main breadwinners for their families, according to figures released by state-run statistics agency CAPMAS.

"It's tough, I know," says Mona. "But I have to work, and I'll never accept working as a maid in somebody's home. I have no other choice."

When asked if she has family or friends who could support her financially, she said she has brothers and sisters, but they had refused to help her.

Many people tend to dismiss those in Mona's line of work, saying it is not an "honest" job.

"People who park their own cars don't have to pay me," she says. "Some give me money, others do not."

"Those who park cars for a living take money in exchange for safeguarding cars from thugs and robbers," she says.

Despite having had many bitter life experiences, Mona is optimistic regarding the future and extremely strong-willed.

Her face constantly beams with a smile as she speaks in a soft voice.

"I've worked at this job for around 30 years in order to help my husband, who was from Bulaq [a low-income district of Cairo] and who, at the time, had no source of employment," she recalls.

"After years of marriage, we broke up and he went to jail, which was the straw that broke the camel's back," Mona recounts.

"My responsibilities multiplied and I had no other choice but to carry on in this profession," adds the mother of four. "It's not profitable, but at least we can afford our everyday needs."

Mona believes women in Egypt "are oppressed." However, she also believes that "they can do anything" and are "strong enough to resist life's pressures."

When asked if anyone had assaulted her when she began working alone, her answer was simple: "The police."

With a loud voice and grim face, she said, "Police verbally and physically assaulted me. I've been frequently sent to the police station, where officers have filed many complaints against me and even punched me at times."

Because she is illiterate, Mona does not have a formal license for practicing her parking job.

She says police attempted to make her stop working on numerous occasions, sometimes even using thugs to scare her off, "because I'm a woman in a male-dominated profession."

Mona says police officers have often assaulted, insulted and beaten her, even dragging her by the hair at times.

"But I'm strong," she says resolutely. "Now the officers are afraid of me. If anyone insults me, I immediately do the same to him."

Asked about her dreams, Mona sighs.

"I dream of nothing but to live in dignity."