The National Alliance for the Defense of Legitimacy has called for protests on Tuesday to "show loyalty to the martyrs' blood". 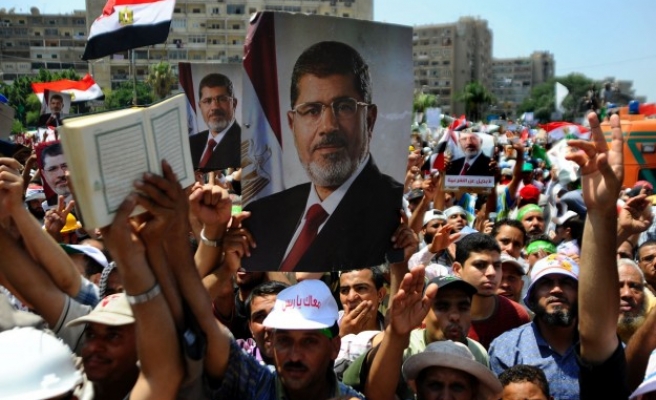 The National Alliance for the Defense of Legitimacy, a coalition of largely Islamist groups, has called for protests on Tuesday to "show loyalty to the martyrs' blood".

In a statement on Monday, Alaa Abul-Nasr, the Secretary-General of the Construction and Development Party and a senior member of the coalition, called on Egyptians to take to the streets to show once more that they "will not forget the martyrs' blood."

The coalition, which opposes the military's July 3 ouster of elected president Mohamed Morsi, played down claims by the army-backed interim authorities on the dwindling number of protesters.

The statement went on to warn that "arresting and insulting women and killing and detaining revolutionaries will not suppress our peaceful revolution".

Since Morsi's overthrow, thousands have been staging rallies to denounce what they call the "military coup" against the elected president and demand his reinstatement.

Magdy Qorqor, the Secretary-General of the New Labor Party, criticized the security forces for besieging the Delga village in the southern province of Minya following rumors that Islamist leader Assem Abdel-Maguid was there.

Metwalli said that the protesters showed no resistance to the troops as they moved in to remove the barricades set up by Morsi's supporters.

A daytime curfew was declared in the village to bring the situation under control and prevent any wanted individuals from fleeing, a security source said.