Trains are commuted by around 1.3 million Egyptians every day 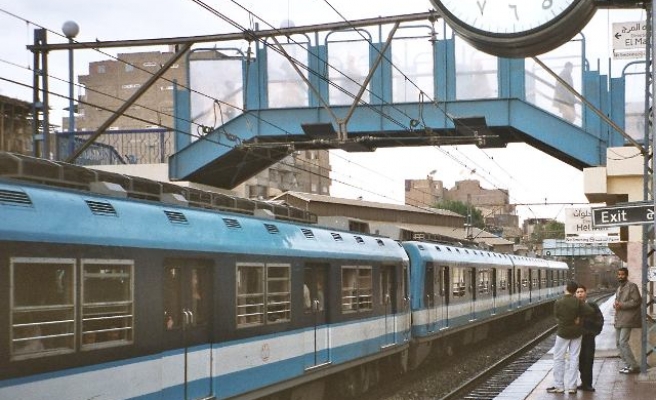 Egypt on Saturday partially resumed the train movement after a 45-day hiatus on the background of security turmoil in the country.

The first train moved at 7:15 am from the coastal province of Alexandria, north of Cairo, on the way to the Egyptian capital.

The platforms of train stations in the Nile Delta saw slight crowding in the morning as passengers welcomed the return of the trains to work.

Passengers called for resuming the movement of air-conditioned trains to ease the suffering of school and university students and civil servants.

"The trains are red lines," a commuter told Anadolu Agency. "They must be kept away from any political incidents."

Trains are commuted by around 1.3 million Egyptians every day.

An official source from the state-run Railway Authority said additional trains will be operated within the next few hours, adding that his authority would abide by the night-time curfew.

Policemen are deployed at the entrances to the train stations, on platforms and inside trains, he added.

"We will deal very firmly with any attempt to stop the trains," al-Sayed said.