Egypt's liberal Wafd party said on Sunday it may quit an electoral deal with the Muslim Brotherhood. 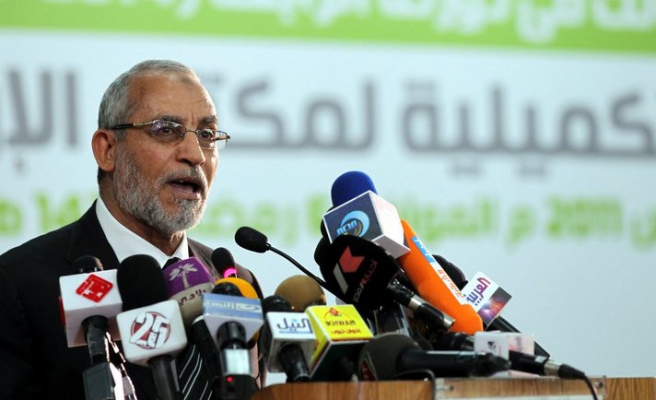 Egypt's liberal Wafd party said on Sunday it may quit an electoral deal with the Muslim Brotherhood.

The Brotherhood's Freedom and Justice party, seen as the best prepared for the parliamentary election expected in November, announced a pact with Wafd and 16 other mainly liberal leaning groups in June.

"It seems that the Brotherhood has retracted its position from the document that all members of the alliance have signed setting general rules that the new constitution must have," Yassin Tageldin, Wafd's deputy chairman, told Reuters.

He said Wafd understood that the agreement laid down principles to ensure that when re-written would establish a civil state.

The Brotherhood, which says it wants a constitution that respects Muslims and non-Muslims alike, have said the pact was not a statement of principles about any constitutional debate but covered how groups would behave before elections.

Essam el Erian, deputy leader of the Brotherhood's party, said his party would not commit to any position about the constitution until parliament assigned a committee to draft it. He also questioned that Wafd would quit the pact.

"I will be surprised if Wafd decided to leave the alliance, there will be no reason for that," he said.

The pact's aim was to allay fears that one group would seek to dominate debate about a new constitution, due to be re-written after parliament is elected.

Wafd led a popular uprising in 1919 against British occupation. The party was one of the few allowed to operate in Mubarak's time. Many saw its opposition to Mubarak as toothless and suggested it had been co-opted. But it became more brazenly opposed to Mubarak shortly before the uprising.