Rescuers recovered eight bodies after a fire at Harmony mine near Johannesburg. 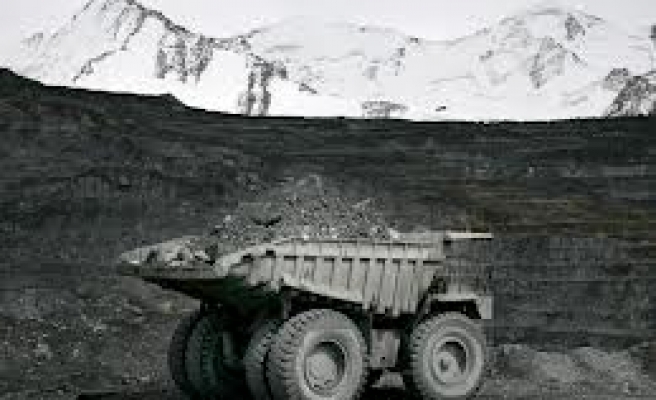 Rescuers recovered eight bodies and continued to search for another missing worker on Thursday after a fire and rock-fall at a Harmony Gold mine nearJohannesburg, the worst accident in South Africa's mines in nearly five years.

Mineral Resources Minister Susan Shabangu ordered an investigation into the incident at the Doornkop mine, 30 km west (20 miles) of the city, after initial reports that the fire was triggered by a small earthquake on Tuesday evening.

"The situation is deeply regrettable," Shabangu said in a statement. "We must ensure that we do all we can to get to the bottom of what caused this incident in order to prevent similar occurrences in future."

It is the most serious accident in South Africa's mines since nine workers died in a rock fall at a platinum mine in July 2009.

Rescue teams battled through smoke and debris nearly a mile underground on Wednesday to reach eight other miners who had managed to flee to a refuge bay equipped with a telephone and other survival gear. They were brought to the surface unharmed.

South Africa's gold mines are the deepest in the world and were ranked as some of the most dangerous during the apartheid era.

Since the end of white-minority rule in 1994, the government, unions and companies have worked to improve safety, but 112 people were still killed in 2012, the last year for which records are available.

The National Union of Mineworkers (NUM) and Harmony said the fire broke out on Tuesday evening after an earthquake damaged ventilation and water pipes as well as power cables.

However, NUM questioned safety standards at the mine, saying the rescued miners reported that the ventilation system in one of the refuge chambers was letting in fumes.

"It does tell us that the rescue chambers were not according to safety standards," NUM Secretary General Frans Baleni told Reuters. "We cannot just say that it is regrettable. Heads most roll should the investigation find that there was negligence."

A Harmony spokeswoman said it was possible the refuge bays might have been compromised either in the earthquake or the fire that followed. An investigation by government, union, and the company's officials was already underway, she said.