Egyptian potential presidential candidate ElBaradei called for a boycott of parliamentary polls in November, saying they would be rigged. 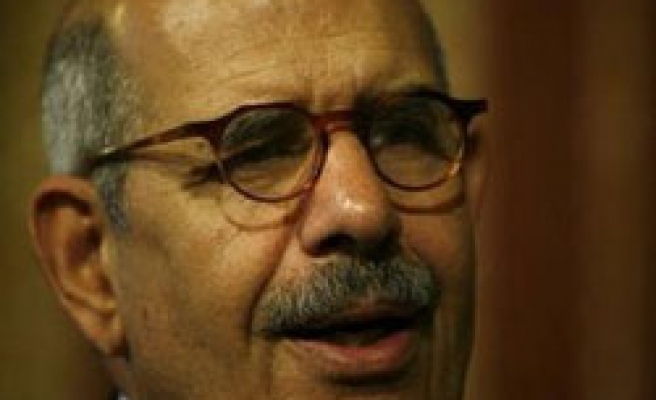 Egyptian potential presidential candidate Mohamed ElBaradei said change in the leadership of the country would come in the next year and called for a boycott of parliamentary polls in November, saying they would be rigged.

ElBaradei also said civil disobedience was the last resort if the state continues to ignore demands for reform. But he nonetheless urged his supporters to gather up to two to three million signatures by the end of year.

"The next year and months will be critical and will witness change in the rule of Egypt," ElBaradei told hundreds of supporters late on Monday at an event marking the first year of his campaign to push for reform.

"A parliament vote is near and the regime has not responded to our demands. Any one who participates in the vote either as a candidate or a voter goes against the national will," ElBaradei said. A boycott would delegitimise the regime, he added.

A boycott of parliamentary elections could raise the stakes for a presidential vote in 2011, analysts say. Mubarak, 82, has not said if he will run again but many Egyptians believe he will try to lever his son Gamal, 46, into power if he does not.

Both father and son have denied any succession plan, but officials from the ruling party have welcomed a Gamal and Mubarak bid.

Former U.N. nuclear chief ElBaradei repeated he would not run in the 2011 presidential elections so long as the constitution remains unchanged. He blamed Mubarak's ruling party for increasing poverty and for a disregard for human rights.

"Egyptians are known to be patient people. But patience has limits and civil disobedience is our last resort if demands for reform are not heeded," he said.

Calls for an election boycott in November grew louder after an upper house vote in June saw Mubarak's ruling party sweep most seats. Rights groups' complained of abuses, while the government insisted the vote was fair.

But Egypt's opposition force remains divided, with the Muslim Brotherhood, the biggest opposition bloc with 88 seats in parliament and nationalist liberal Wafd party, saying they participate in elections.

ElBaradei's National Coalition for Change and the online Facebook group "ElBaradei for President in 2011" have taken to the streets and tied up with the Muslim Brotherhood to boost the signature drive which has neared the one million count.

"We have gathered nearly a million signatures in six months and we can reach up to 2-3 million more by the end of this year," said ElBaradei.

The petition lists seven demands including allowing independents to run for president, judicial supervision of elections, and lifting three-decade-old emergency laws that critics say are used to stifle dissent.

ElBaradei, who has been abroad for two months, is due to resume his outreach campaign on Tuesday by meeting workers in Cairo.