Erdogan: People of Middle East must control own fate

Turkish President asked "Will the nations of Middle East and North Africa choose their own solutions, or will they allow outsiders to choose them?" 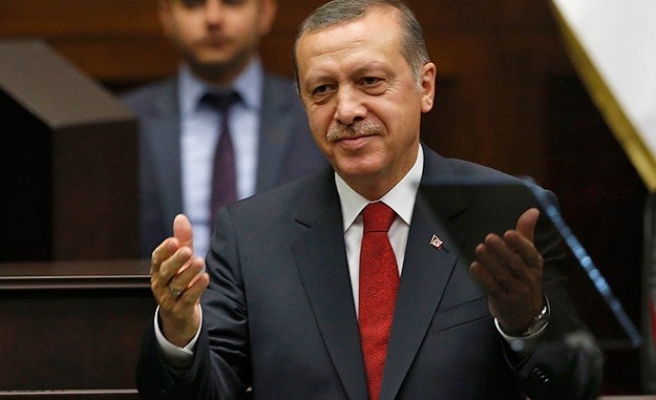 People of the Middle East and North Africa should control their own fate, Turkish President Recep Tayyip Erdogan said on Wednesday.

Erdogan spoke in the Algerian capital Algiers on the first formal visit by a Turkish President to Algeria in last 15 years.

“The most important question: Big changes that are taking place in the Middle East and North Africa; will these changes will be controlled by the people of these regions or, as has been the case in past centuries, will people from outside control them?” Erdogan said speaking in a joint press conference with his Algerian counterpart Abdelaziz Bouteflika.

“Each of us knows that when we import solutions for our own problems, we do not solve them,” Erdogan said. In fact, solutions brought in from outside often make things worse.

Sources near Turkish President told The Anadolu Agency that during the Erdogan-Buteflika meeting, the two leaders agreed on the importance of maintaining Iraq’s territorial integrity. They also agreed that they are against any kind of foreign intervention in Libya.

Iraq has been gripped by a security vacuum since June, when the Islamic State of Iraq and the Levant, or ISIL, stormed the northern province of Mosul and declared what it calls a caliphate in Syria and Iraq.

Libya has been dogged by political instability since the 2011 ouster and death of long-ruling strongman Muammar Gaddafi. Ever since, rival militias have frequently locked horns, often bringing violence to Libya's main cities, especially to the capital Tripoli and to Benghazi.

Speaking about the Israeli attack against the Al-Aqsa Mosque, Erdogan said: "Nobody can say the Palestine issue does not concern us.”

During the attack last week, heavily-armed Israeli security forces broke into the Al-Aqsa Mosque with their boots on, and shot rubber bullets at Palestinians worshipping in the mosque.

For Muslims, the al-Aqsa Mosque represents the world's third holiest site. Jews, for their part, refer to the area as the Temple Mount, claiming it was the site of two Jewish temples in ancient times.