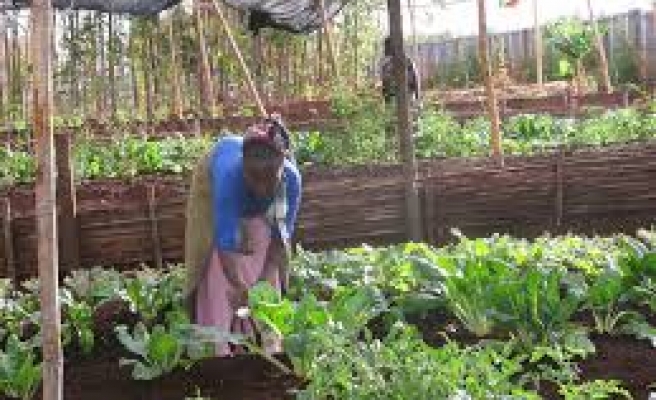 "Nearly $91 million of total revenues were secured from the export of 289 million flower cuttings and over 20,000 tons of roses and summer flowers," Mekonnen Hailu, head of public relations at the EHDA, told The Anadolu Agency.

"The balance was obtained from nearly 77,000 tons of vegetables, fruits and herbs," he added.

According to Hailu, the Netherlands represents the main export destination for Ethiopian flowers, accounting for 80 percent of the country's total flower exports.

The EHDA has been registering growth from year to year since its establishment a decade ago, Hailu said.

"Ethiopia earned over $245 million from horticultural exports in the last fiscal year ending July 7, 2014," he explained.

"This amount exceeded by more than 6 percent the $230.5 million in revenue generated the previous budget year," he added.

The amount earned in the first six months of the current budget year, he said, had also surpassed – by 7.2 percent – the amount generated in the same period last year.

"Demand for Ethiopian horticultural products has increased significantly in the global market and the country's foreign currency earnings from the sector have grown in tandem," Hailu told AA.

"New investors – from the Netherlands, India, Ecuador and Saudi Arabia – have all recently engaged in the [horticultural] sector," he noted.