The Patriarch of the Egyptian Orthodox Church Pope Tawadros II is said to have advised Pope Mathias to postpone the visit. 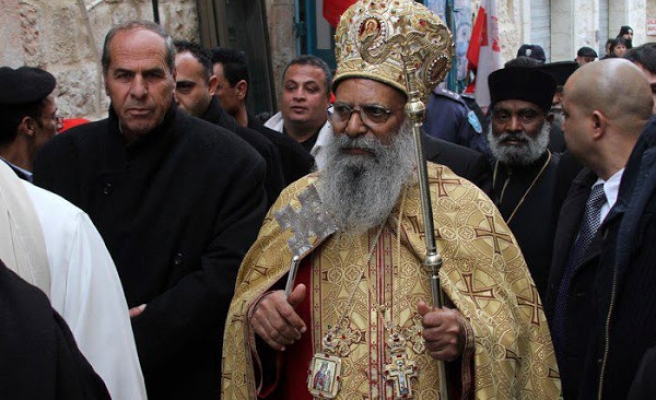 Patriarch of the Ethiopian Orthodox Church Abune Mathias has postponed a planned visit to Egypt, a church source said Tuesday.

"The Ethiopian church has told the Egyptian Orthodox Church that the visit has been postponed," the source told Anadolu Agency.

The source attributed the move to postpone the April 25 visit to "political tension" between Egypt and Ethiopia over an Ethiopian dam project on the Nile River.

On Monday, an Egyptian church source told AA that the Ethiopian Patriarch had decided to postpone his visit to Cairo upon a request from the Egyptian Orthodox Church.

According to the source, Patriarch of the Egyptian Orthodox Church Pope Tawadros II had advised Pope Mathias to postpone the visit lest it would embarrass the Egyptian church over the row between the two countries on Ethiopia's controversial multibillion-dollar hydroelectric dam on the Nile River.

The source told Anadolu Agency that the Egyptian church came to the conclusion that any unofficial mediation between the two governments would fail, even if it was by the church, which has historic relations with its counterpart in Ethiopia.

Egypt is worried that the dam would sharply reduce its share of the Nile River, its only source of water, but Ethiopia says the project is indispensible for its economic development and asserted it would not harm Egypt's interests.

Pope Mathias postponed a similar visit to Cairo in June on the background of the row between Cairo and Addis Ababa.

Pope Tawadros II also cancelled a visit he should have paid to Ethiopia in mid-September for the same reason.