The $4.6-bln Nile hydroelectric project had strained ties with Egypt with the Ethiopian PM now praising the efforts for the controversial dam 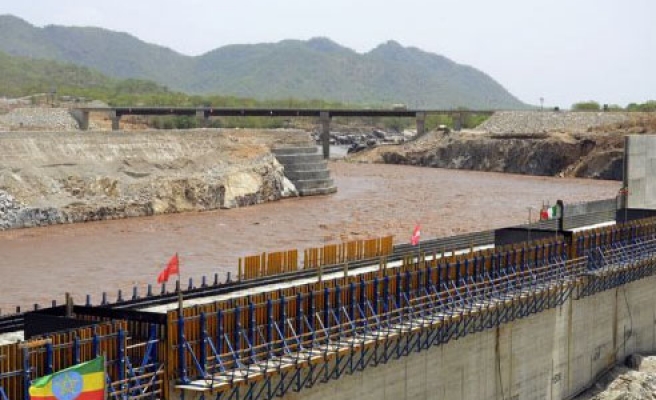 Saturday’s comments came as Ethiopia marked the fifth anniversary of the launching of the construction of the $4.6 billion hydroelectric dam over the Blue Nile in Guba, western Ethiopia – 40 kilometers [25 miles] from the Sudanese border.

Construction of the dam had strained Ethiopia’s relations with Egypt. Cairo, which heavily depends on the Nile’s waters, had demanded Ethiopia stop building the dam.

However, in March 2015, PM Hailemariam, Sudanese President Omar al-Bashir and Egyptian President Abdel Fattah el-Sisi signed a cooperation deal in Khartoum, which gave priority to downstream countries for electricity generated by the dam.

The three countries have also commissioned two French firms – Artelia and BRL groups – to carry out the overall impact assessments of the dam; studies have begun and are expected to be completed within six to 15 months.

“The leaders of Sudan and Egypt are now following a principled approach as they have become aware that the dam is not intended to harm anybody,” Desalegn said on Saturday. “We are pleased and thankful for the prevailing win-win approach.”

The publicly funded mega dam, which is expected to generate 6,000MW, has united Ethiopians at home and abroad, Desalegn said.

Thus far, according to government documents, Ethiopians have bought bonds worth $400 million and the amount is expected to reach $600 million. The remaining cost is being covered by the government.

Head of Ethiopian Electric Power Office, Azeb Asnake, said that “so far 50 percent of the construction of the dam is complete”.

She said more than 10,000 permanent and temporary workers are involved in the construction of the dam.

The dam is being built by an Italy-based contractor Salini Impregilo, which is engaged in building four interconnected dams over the Gilgel Gibe River in southern Ethiopia.

Salini representative, Andreas Canzani, said that the company will finalize construction of the dam within two years.

Late Ethiopian premier, Meles Zenawi, laid the cornerstone for the dam on April 2, 2011.

Ethiopia aims to become a power hub and has already begun selling electricity to Sudan, Djibouti and Kenya.