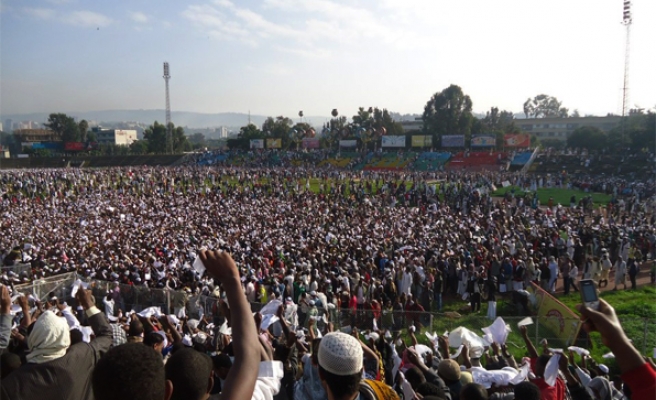 Ethiopian Muslims staged Monday protests in several cities of the country due to the assasination of well-known religious leader Sheikh Nuri Imam Mohammed.

During the protests, Mohammed was announced as the recent victim of terrorism in the region.

2 suspects were detained, leaving the region calm down.

The death of Sheikh Mohammed caused widespread reactions in the region.

According to Ethiopian state news agency ENA, Sheikh Mohammed died when attacked by unidentified assailants in Desi, a town in Amhara region in northwestern part of the country.

Thousands of people organized protests to condemn the attack, and requested the government to arrest the perpetrators to judge them before the public.