Ethnic clashes in Mali before vote 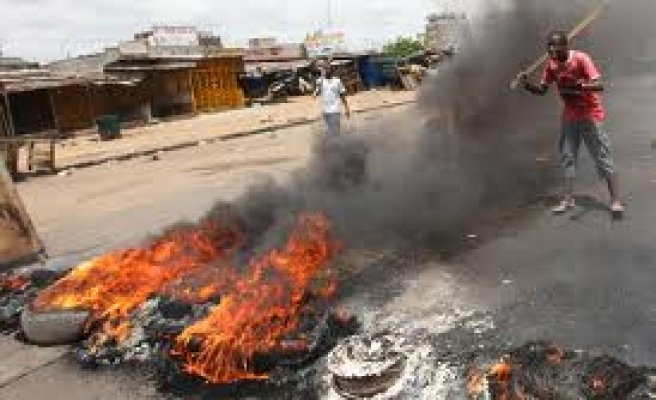 Malian troops deployed in the northern town of Kidal on Friday after attacks by light-skinned Tuareg separatists on black residents killed at least one, a week before elections meant to unify the fractured nation.

Residents said Tuareg youths took the streets of the desert town late on Thursday to target black African residents, firing shots and burning vehicles. Calm was briefly restored after U.N. peacekeepers made some arrests, but violence resumed on Friday.

A presidential election on July 28 is supposed to seal a democratic transition after a March 2012 coup that led to the 10-month seizure of northern Mali by rebels.

But logistical problems and violence in Kidal and other northern towns could disrupt the vote.

France, which sent more than 4,000 troops to Mali to destroy the Islamist enclave, is pushing for the election to go ahead as it seeks to wind down its military presence, despite concerns over the West African country's readiness.

"This morning they started again, attacking anyone with black skin. They entered the market and are looting it," said a Tuareg resident, who asked not to be named. "They want them to leave Kidal."

A defence ministry official in Bamako, who asked not to be identified, said four black African residents had been killed.

Some 200 Malian troops arrived in Kidal this month under the terms of a June ceasefire, which foresaw the return of Malian government administration to Kidal before the election. Their arrival ignited protests by separatists who clashed with residents keen for the restoration of state authority.

The troops, who had previously stayed in their base to avoid confrontation with locals, took over the town centre on Friday.

"We have ordered our soldiers, despite their limited numbers, to leave their camp to protect people and property," said the local military commander, Colonel Didier Dako.

Kidal has been the cradle of successive Tuareg uprisings in Mali against the southern black African government, including one last year which led to the military coup and the capture of northern Mali by better-armed rebels.

The June ceasefire signed in Ouagadougou, the capital of neighbouring Burkina Faso, committed the MNLA separatist rebels to take their fighters off the streets in exchange for a promise of negotiations with the new government after the elections.

A force of 12,600 U.N. peacekeepers is taking over policing duties from France, which will keep a 1,000-strong rapid-reaction force in Mali to tackle any resurgent Islamist threat.