Burundi is in turmoil since April when President Nkurunziza opted to stand for office again, defying opposition which said this breached peace accord that ended conflict 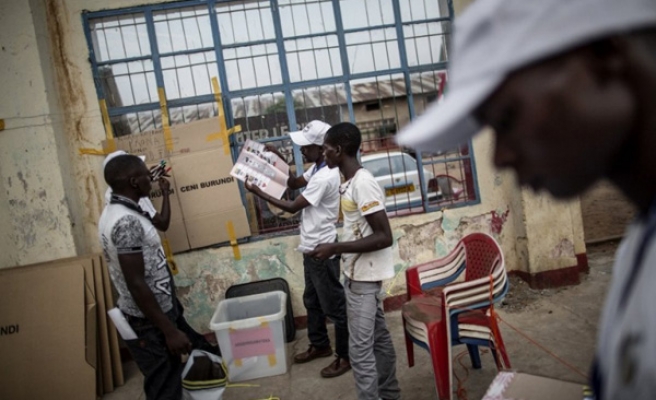 The EU on Monday called in Burundi for "consultations" on rights violations in the impoverished central African country, a step that could lead to a suspension of aid.

The European Union is a major aid donor to the country which has been shaken by violence linked to President Pierre Nkurunziza successful but contested bid for a third term in office.

"The objective of the talks is to find a solution acceptable to all the parties and identify the measures to take to redress non-respect of the accord," a statement said, citing the provisions of the Cotonou agreement.

The Cotonou agreement is the framework for the 28-nation EU's economic and development ties with African, Caribbean and Pacific countries.

Burundi has been in turmoil since April when Nkurunziza opted to stand for office again, defying the opposition which said this breached the peace accord that ended the conflict.

The UNHCR warned last week of a "rapidly worsening" situation, with nearly 200 people killed since late April. Tens of thousands of people have fled.

A letter addressed to president Nkurunziza and approved by EU development ministers Monday in Luxembourg, said the bloc hoped the consultations would lead to "a mutually acceptable solution."

"The consultations will allow Burundi to present the government's programme, notably in so far as it concerns democratic principles, human rights and governance," a copy of the letter, seen by AFP, said.

Nkurunziza has 30 days to reply under ACP rules.