Brussels has suspended direct aid to Burundi following a surge of politically-motivated violence. 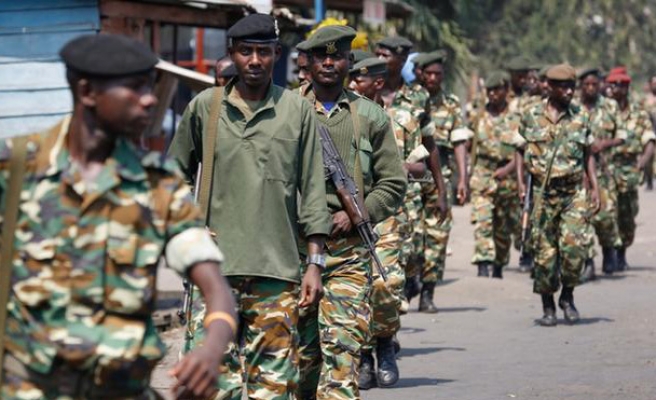 The European Union, Burundi's biggest aid donor, on Monday suspended all direct funding to the government for ignoring human rights and failing to stop a wave of deadly violence reports AFP.

Burundi has been in turmoil since July when President Pierre Nkurunziza won a third term which the opposition said was illegal.

There have been hundreds of killings since then, with security forces, rebels and the opposition all blaming each other for the bloodshed.

The EU holds Nkurunziza's government responsible for the surge in unrest and accuses the president of failing to protect human rights since the disputed election.

Opponents have accused Nkurunziza of violating the constitution, as well as the Arusha Accord that brought an end to Burundi's horrific 1993-2006 civil war, which left about 300,000 people dead.

"The situation in Burundi remains of serious concern for the EU," the bloc's foreign affairs head Federica Mogherini said in a statement.

"Today's decision makes clear that for our relations to be fully resumed we expect a number of concrete measures to be carried out."

The statement, agreed by the 28 EU foreign ministers meeting in Brussels, said that while financial support for the government was being cut, the bloc would continue its separate funding for civil society and humanitarian assistance.

EU aid programmes for Burundi over the period 2014-20 are worth some 430 million euros ($480 million) and any cuts would have a serious impact in a very poor country wracked by violence.

The Burundian government said it had been expecting the EU move and defended its record.

"The government of Burundi is not surprised by this decision. We had been expecting it in spite of the measures we have taken on human rights and security issues," External Affairs Minister Alain-Aime Nyamitwe told AFP.

"I am not an economist... but Burundi has managed so far and I hope it will continue to do so," Nyamitwe added.

The EU has held a series of talks with the government under the terms of the Cotonou agreement, which lays down strict rules for mutual cooperation including the promotion of human rights, and warned repeatedly that aid could be cut if there was no progress.

Mogherini said the government should now build on measures agreed with the African Union, the East African Community and the United Nations to establish a dialogue with the opposition and find "a durable political solution to the crisis".