The EU suspended aid to Zimbabwe in 2002 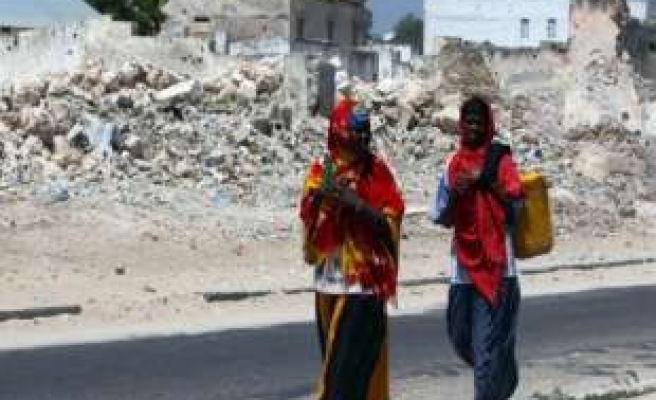 "EU support will go a long way in complementing the government's efforts to provide an enabling environment for sustainable economic empowerment and social transformation to the people of Zimbabwe," said Willard Manungo, secretary of Zimbabwe's Finance and Economic Development Ministry.

Manungo and EU Ambassador to Zimbabwe Philippe Van Damme signed the National Indicative Program (NIP), which will be funded up to 2020 by the 11th European Development Fund.

Van Damme said the EU would allocate 88 million euros to the health sector, 88 million to agriculture, 45 million to governance, and the remainder to civil society and capacity building.

"The objective is to improve health outcomes for the population of Zimbabwe by supporting the national health system and increasing equitable access to quality health services," he asserted.

The diplomat added: "The EU will contribute to creating a diversified, competitive, efficient and sustainable agricultural sector that contributes to inclusive economic growth and income generation [under] governance and institution building."

"The overall objective is to strengthen the rule of law through institutional capacity building," said Van Damme.

"This support is designed to foster good governance – including public finance management, accountability and transparency – in order to contribute to Zimbabwe's economic recovery and to the consolidation of the constitutional and democratic processes, as well as to peace and stability," he added.

The funds will be channeled through UN agencies such as UNICEF and the Food and Agriculture Organization (FAO).

It resumed direct engagement with Zimbabwe in November of last year and promised to resume development assistance to the southern African nation.

Before Monday's agreement, assistance to Zimbabwe had been confined to easing the country's decade-long humanitarian crisis.

"Does this mean that everything is suddenly sorted out and that we are entering a new honeymoon? No," said Van Damme.

"We have cleared some obstacles in our partnership. As in any partnership, new problems may emerge, old problems may reappear, but what I can promise today is that I will continue applying – with all the conviction inspired by a happy marriage – the method of an open and frank dialogue," he added.

"A fruitful political and policy dialogue should underpin our cooperation," said the EU diplomat.

Zimbabwean Finance Minister Patrick Chinamasa, for his part, called for the "unconditional lifting of sanctions against our head of state and first lady."

Otherwise, he warned, Zimbabwe's relations with the EU would remain "poisoned and unproductive."