The flow of oil from the eastern al-Sarir field to Hariga port in Tobruk was completely halted due to the blast that targeted the pipeline. 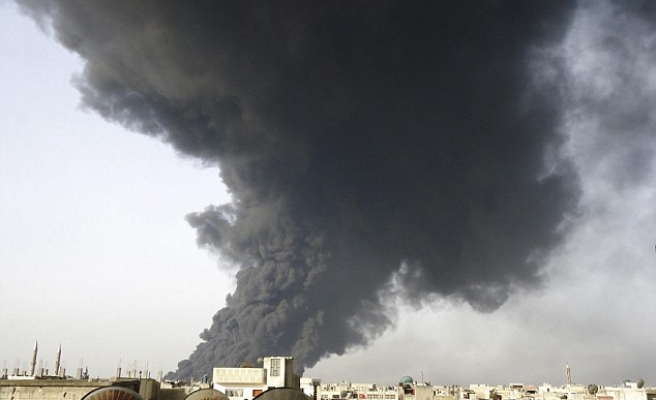 An explosion on Saturday rocked a pipeline connecting Libya's al-Sarir oilfield – the country's largest – to the eastern Hariga port, interrupting oil flows to the port terminal.

"The flow of oil from the eastern al-Sarir field to Hariga port in Tobruk was completely halted due to the blast that targeted the pipeline," Omran al-Zawie, spokesman for the state-run Arabian Gulf Oil Company, said.

"We've sent a technical team to assess the damage and identify the causes of the explosion, and they will provide us with a detailed report later," al-Zawie said without providing further details.

The Arabian Gulf Oil Company is one of Libya's largest petroleum companies fully owned by the government.

It is also the country's largest field in terms of production capacity, putting out some 200,000 barrels a day, according to 2011 figures.

Libya is suffering a significant financial crisis due to the plunge of oil prices on the international market coupled with the country's diminished output of crude after production was suspended in several fields due to attacks by the Islamist Dawn of Libya militia.

Major oil facilities affiliated with the ports also halted operations, while the NOC ordered operating companies to evacuate their personnel.

In the four years since the ouster and subsequent death of the late Libyan ruler Muammar Qaddafi, rival militias have often locked horns, frequently bringing violence to Libya's main cities, especially capital Tripoli and the eastern city of Benghazi.

Two assemblies currently vie for legislative authority: the House of Representatives, which convenes in the eastern city of Tobruk; and the General National Congress, which – even though its mandate ended in August – continues to convene in Tripoli.