Fighting flares up in South Sudan after rains recede

Western diplomats, frustrated by the lack of progress in peace talks between the South Sudanese government and rebels, had feared the end of rains would herald more fighting. 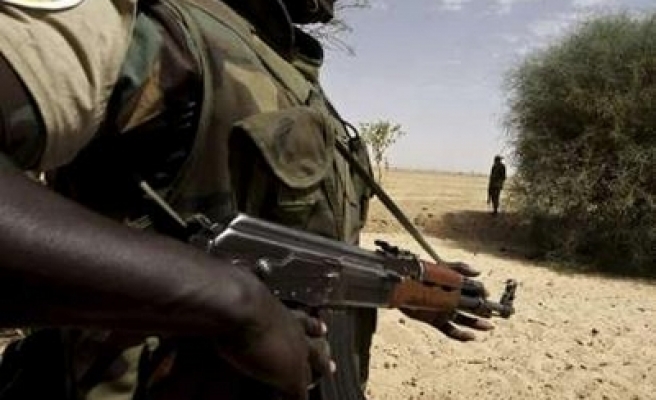 Government troops and South Sudanese rebels have been fighting for more than a week in a remote northern region of the country, a United Nations official said on Thursday, in the worst clashes since the rainy season receded in recent weeks.

The conflict in South Sudan, which declared independence from Sudan in 2011, has killed more than 10,000 people, driven 1 million from their homes and led to a severe food shortage.

Western diplomats, frustrated by the lack of progress in peace talks between the South Sudanese government and rebels, had feared the end of rains would herald more fighting.

The European Union and the United States, keen to prevent the world's newest state sliding into chaos, have already imposed sanctions on both sides for frequent breaches of a ceasefire. The initial pact was signed in January.

Joe Contreras, spokesman for the U.N. mission in South Sudan, said the United Nations had received reports of continuous clashes in Fangak county in Jonglei State.

"The fighting has been going on for over a week there," he said.

A monitoring team from the regional African IGAD bloc, put in place to monitor ceasefire violations, briefed the United Nations about clashes in Fangak on Tuesday. He called it the most sustained fighting in a single location since May.

The warring factions renewed the ceasefire pact in May and signed another deal to halt fighting early in November but each time they have quickly collapsed.

Talks to reach a comprehensive agreement are continuing in Ethiopia but with little sign of progress.

Ethiopian Prime Minister Hailemariam Desalegn said in Germany on Tuesday that there was a lack of political commitment from both sides.