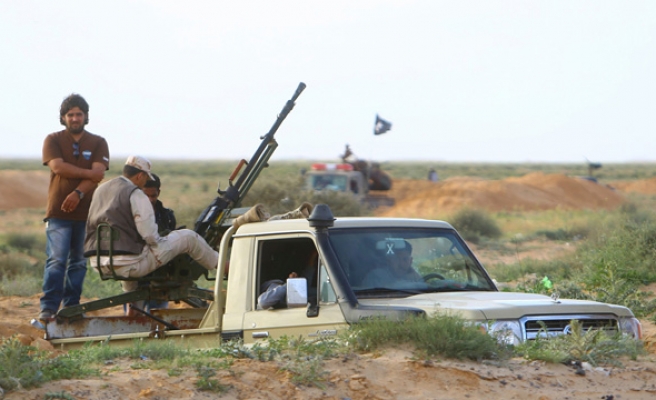 Heavy fighting erupted over the weekend between forces from Libya's recognised government and militants in Benghazi, killing at least six and heightening tensions in U.N. peace negotiations.

Benghazi is just one front in a wider conflict in Libya, where a battle between two rival governments and their armed allies is pushing the North African state to economic collapse four years after the fall of Muammar Gaddafi.

At least six people were killed and ten wounded when fighting broke out on Saturday west of Benghazi between General Khalifa Haftar's Libyan National Army forces and fighters allied to ISIL, a medical source and local residents said.

The fighting involved artillery shelling and air strikes, they said.

Mohamed Hejazi, spokesman for Haftar's forces, said they had launched a campaign against positions in Benghazi, which has been caught up in fighting for more than year.

Western governments see the best solution in a United Nations-backed peace deal to bring the two sides together in a united power-sharing agreement. But fighting and pressure from hardliners on both sides have complicated negotiations.