A French army official said a detachment of about 10 military personnel had been stationed in Diffa at the request of Niger, its former colony. 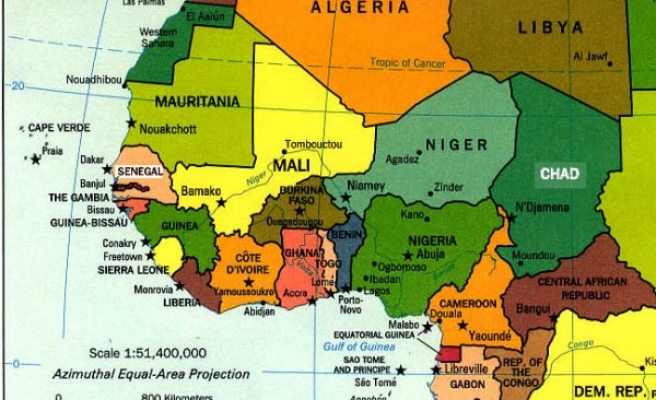 Boko Haram militants clashed on Friday with soldiers in Niger, who were reinforcing border positions to fend off the insurgency that is spreading from Nigeria into neighbouring states, officials in Nigersaid.

At least five local soldiers were wounded, they said.

The fighting is taking place in the southeastern region of Diffa where Chad has sent hundreds of troops to help Nigertake on Boko Haram at its long, porous border.

Violence erupted when Boko Haram fighters, who have seized swathes of territory in Nigeria, attacked the Nigertown of Bosso from the neighbouring Nigerian town Malam Fatori, a military source said.

Niger and Chadian troops were holding their positions in the town, he said.

A second source told Reuters by telephone, "There is heavy weapons fire from both sides. The fighting is intense and we have at least five injured in our ranks."

The deployment was announced as warplanes pounded Boko Haram positions just over the border in Nigeria, a resident in the Niger town of Bosso said, and hundreds of Chadian troops massed at the frontier to prepare an attack.

Chad has sent about 2,500 troops as part of efforts to take on the militant group, which has intensified its fight to set up a state in Nigeria and has staged cross-border raids. Chadian troops crossed into Nigeria this week from Cameroon, on the southern side of Lake Chad.

A French army official told Reuters a detachment of about 10 military personnel had been stationed in Diffa at the request of Niger, its former colony.

"It is there to coordinate the armies on the ground in the fight against Boko Haram," the official said.

The African Union (AU) has authorised a force of 7,500 troops from Nigeria, Chad, Cameroon, Niger and Benin to fight the militants. It is expected to seek a United Nations Security Council mandate, which could also include logistical support from other countries.

A source close to the Niger government told Reuters on Thursday the parliament in Niamey would vote Monday to send its troops to Nigeria.

Nearly two years after a French-led operation liberated the north of Mali from al Qaeda-linked rebels, France has headquartered a 3,200-strong Sahel counter-insurgency force, Barkhane, in the Chadian capital N'Djamena, some 50 km (30 miles) from the Nigerian border.

It has also been operating reconnaissance missions near the Nigerian border and sharing intelligence with countries in the region, although it has ruled out direct military involvement for now.

Speaking at a news conference on Thursday, President Francois Hollande said Paris was also providing logistical and operation support, including by delivering fuel and munitions to countries fighting Boko Haram.

However, he said France could not be expected to get involved in every crises around the world and accused other major powers of inaction in Africa.

"This is a message to the international community and the biggest countries. Do your work! Stop giving lessons and take action!" Hollande said.

"In Africa, we have to help the Africans a lot more to fight terrorism, because if we do not then other countries will be destabilised," he warned.