Investigators have discovered atrocities by all sides in South Sudan's civil war, including testimony of forced cannibalism as well as the discovery of mass graves, according to a long-awaited report by the African Union. 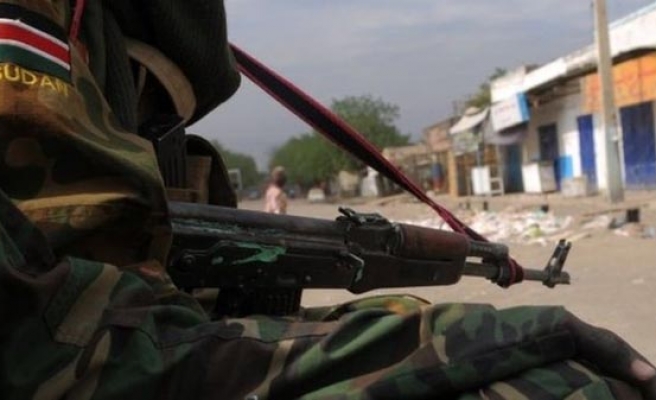 Both the government and rebels in South Sudan carried out war crimes against civilians and should face justice, an African Union human rights investigation has found.

The AU's Commission of Inquiry on South Sudan lists a string of abuses, including forced cannibalism and dismemberment, according to the report published late Tuesday.

It also presents testimony that the ethnic violence, which began in the capital Juba in December 2013, may have been premeditated.

"There are reasonable grounds to believe that acts of murder, rape and sexual violence, torture and other inhumane acts... have been committed by both sides to the conflict," the report said.

However it added that there were "no reasonable grounds to believe that the crime of genocide has occurred".

"The Commission believes that war crimes were committed in Juba, Bor, Bentiu and Malakal," the 342-page report read, referring to key towns in South Sudan.

The report called for an internationally backed, African-led court to try those responsible for the violence. It said a "highly confidential list" of "possible alleged perpetrators" will be submitted to the AU's Peace and Security Council.

Among the most shocking of many acts of "extreme cruelty" identified in the report were claims of "draining human blood from people who had just been killed and forcing others from one ethnic community to drink the blood or eat burnt human flesh".

The commission, led by former Nigerian president Olusegun Obasanjo, carried out its research in 2014.

But publication was delayed as African leaders and AU officials feared the report might undermine peace talks. A peace deal was finally signed by President Salva Kiir and rebel leader Riek Machar in August this year, but a ceasefire has been repeatedly broken.

A recommendation -- contained in a leaked earlier draft of the report -- that Kiir, Machar and others be barred from political office was dropped from the final report, but remained in a published "Separate Opinion" submitted by commission member Mahmood Mamdani, a Ugandan academic.

Much of the worst of the documented violence was carried out in Juba, where soldiers of Kiir's Dinka tribe massacred ethnic Nuers, and in the town of Bor, where Nuers loyal to Machar killed Dinkas.

"The atrocities were widespread and carried out systematically across the country in the key theatres of violence targeting specific groups of civilians based on their ethnicity," the report read.

"The manifestation of the conflict, and subsequent geographical spread, gives rise to an inference of an element of coordination that hardly seems possible without forethought," it added.

The report gave little credence to Kiir's claim that the civil war was triggered by Machar planning a coup, and included testimony that the Dinka-on-Nuer violence in Juba had been prepared in advance.

"The Commission found that most of the atrocities were carried out against civilian populations taking no active part in the hostilities. Places of religion and hospitals were attacked, humanitarian assistance was impeded, towns pillaged and destroyed," the report said.

The commission said the AU should establish an independent "hybrid" court, as well as a reparations fund and a truth commission.