Former Gaddafi minister was sentenced to death for inciting violence against protesters. 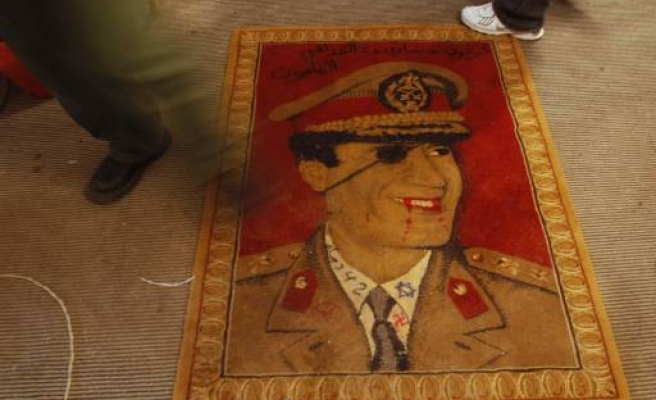 A former minister in the government of Muammar Gaddafi was sentenced to death on Wednesday for inciting violence against protesters during the uprising that led to the Libyan dictator's overthrow in 2011, his lawyer said on Wednesday.

In the first such ruling against a Gaddafi-era official, a court in Misrata found Ahmed Ibrahim guilty of undermining national security and plotting the killing of civilians, the lawyer, Salim Dans, told Reuters.

He said Libya's supreme court would have to confirm the ruling for the death penalty to be implemented.

Ibrahim held several senior positions including education and information minister. He was captured by Misratan rebel fighters in Gaddafi's hometown Sirte, the last bastion in the former leader's fight to hold onto power. Gaddafi was captured and killed in October 2011.

Libya's new rulers, who aim to draw up a democratic constitution this year, are keen to try Gaddafi's family members and loyalists at home to show citizens that those who helped him stay in power for 42 years are being punished.

Human rights activists worry legal proceedings will not meet international standards. Libya's weak central government is trying to reform the judiciary while struggling to stabilise the country and tame the militias that fought Gaddafi's forces.

The most prominent person facing trial is Gaddafi's son Saif al-Islam. Libya has appealed a ruling by the International Criminal Court (ICC) to hand him over to the tribunal, which wants to try him for alleged crimes committed during the 2011 uprising.

Libya has challenged the ICC's right to put Saif al-Islam on trial on the grounds that it is planning its own proceedings. It argues the international court in The Hague has no jurisdiction because it should intervene only if the local legal system is not up to the task.