Hossam Khairallah, a former Intelligence Agency official, announced his intention to run in the nation's next presidential elections 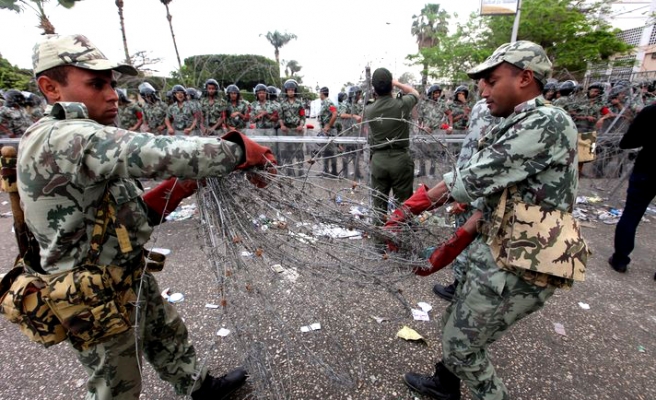 A former Egyptian intelligence official has announced his intention to run in the nation's next presidential elections, slated for next year, in his second bid for presidency in two years.

"Military figures will be capable of dealing with the armed forces easily," said Hossam Khairallah, a former Intelligence Agency official, who has become the first to declare his intention to contest the presidential race.

Egypt's transitional roadmap, which was approved after the July 3 ouster of President Mohamed Morsi by the powerful military, calls for amending the Egyptian constitution and holding parliamentary and presidential elections afterwards.

In the last presidential polls, the first after Hosni Mubarak was ousted in 2011, Khairallah could only obtain 22,036 votes.

Khairallah was a paratrooper who participated in the October 1973 war against Israel before he moved to the intelligence agency.

He expected Egyptian Defense Minister Gen. Abdel-Fattah al-Sisi would not run in the next presidential elections.

He said the top general does not want to give the international community a chance to boycott Egypt under the pretext that what happened on June 30 was a military coup rather than a popular uprising.

"If he runs in the elections, however, al-Sisi will score a landslide victory thanks to his popularity," Khairallah said.

Calls have grown in recent weeks for the country's top general to run for the next president.

But, military spokesman Colonel Ahmed Ali said on Sunday that the general does not intend to run in the elections.

"Al-Sisi has asserted more than once that protecting the will of the Egyptian people is far more important than ruling Egypt, and that he doesn't think about it," Ahmed Ali told the Dubai-based Al-Arabiya news channel in an interview.

Ali said the military will not support a specific candidate in the presidential election, including those with military backgrounds.

The assertion came amid reports that former Chief of Staff Sami Anan and former premier Ahmed Shafiq, a retired air force general, might run in the presidential polls.