"I paid $150 to be brought here from Mogadishu," said Abshira Abdullahi, speaking in the courtyard of a guesthouse after emerging from a crowded mini-van. 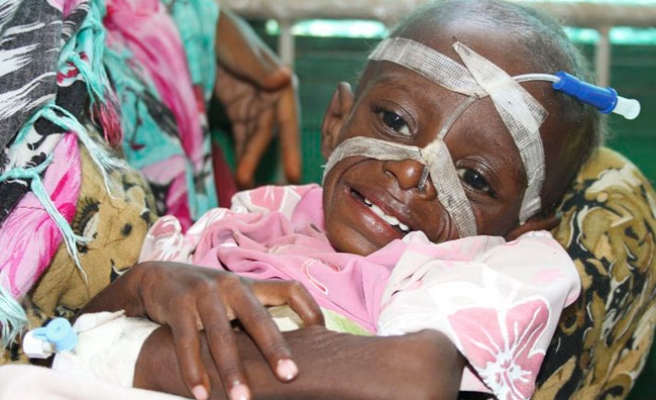 Even among refugees fleeing famine-stricken Somalia there are the "haves" and "have-nots" -- those who cross the border in a battle for survival and those who can pay for a car.

"I paid $150 to be brought here from Mogadishu," said Abshira Abdullahi, speaking in the courtyard of a guesthouse after emerging from a crowded mini-van.

For most of the destitute families trekking through rebel-controlled southern Somalia, their livelihoods destroyed by the triple shock of conflict, the worst drought in decades and a lack of food aid, that is a princely sum beyond dreams.

Abdullahi left her five children in the care of her younger brother, saying life had become unbearable in Mogadishu's Madina district, near the capital's old quarter where once-majestic colonial facades now tumble into the turquoise ocean.

Two decades of civil war in the anarchic Horn of Africa country have reduced much of the city to rubble.

"Life in Mogadishu was like being under house arrest," said Abdullahi, a 30-year-old divorcee.

The United Nations has declared famine in two regions of Somalia and says 3.7 million people in the country are going hungry due to drought.

In a report for countries sending aid, the U.N.'s umbrella humanitarian agency OCHA said the crisis was expected to continue to worsen through 2011, with the whole of the south slipping into famine.

Hassan Mahmoud Mohamed would have welcomed a U.N. reception center.

His family sat exhausted in the grounds of Liboi's clinic, the children's feet deeply cracked after dragging their scrawny limbs for 15 days from southern Somalia's Lower Shabelle region, the famine's epicenter.

"We walked up to 12 hours a day without anything to drink, no water, no milk, only what people we passed gave us," the father-of-seven told Reuters.

"The children don't understand what is going on. At least we're told here we'll get assistance," he said

But he was wrong. Apart from water from the town's borehole, there would be no help until they reach at Dadaab, a sprawling tent and shack city of more than 400,000 people and the world's largest refugee camp.

"They're needy and vulnerable people but what more can we give them? There's also a drought here. It would be too much of a burden," said local resident Adow Noor Burl.

Moments later, a gang of loud-mouthed youths kicked Mohamed and his family out of the clinic, demanding they take their illnesses elsewhere.

Visiting aid workers watched as Mohamed and his kids trudged wearily down the road to Dadaab.

While Mohamed asked for nothing more than food, water and safety for his family, Abdullahi, a bus ticket to Dadaab in hand, had grander expectations.

"Perhaps I will be resettled to Australia where I have family," she said.