Italian authorities sent boats to the scene and 55 people have been rescued, but survivors said there were around 95 people in total on the raft 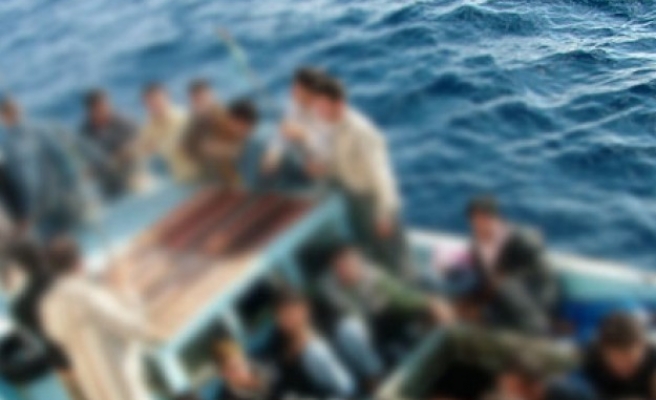 Forty migrants were missing after the raft that carried them sank around 30 miles (48.28 kilometres)from eastern Libya, an Italian coast guard official said on Sunday.

Italian authorities sent boats to the scene and 55 people have been rescued, but survivors said there were around 95 people in total on the raft, the official said.

The sinking will likely add to a death toll from such incidents in the waters between Italy and North Africa which the International Organisation for Migration (IOM) said last week had risen to nearly 3,000 since the beginning of this year.

Droves of people, many fleeing war in Syria and military conscription in Eritrea, have attempted the perilous passage this year, bringing the number of people successfully arriving in Italy by sea to around 130,000 in 2014, compared with 60,000 last year, according to the U.N. refugee agency.

A breakdown of order in Libya has made it almost impossible to police the traffickers who pack people into rickety boats and charge them some $1,000 each for the passage.

Italy launched its "Mare Nostrum" or "Our Sea" search and rescue mission last year after 366 people drowned in a shipwreck just a mile from the southern Italian island of Lampedusa.