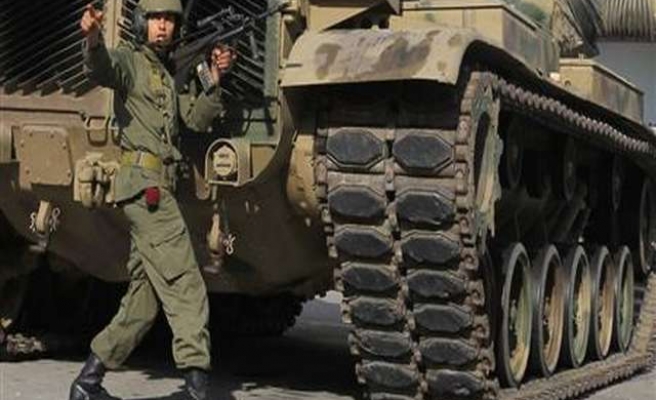 Four Tunisian soldiers were killed in a landmine blast during an operation against militants in the north of the country, TAP state news agency reported on Wednesday.

Tunisian troops are battling militants from Ansar al-Sharia and other al Qaeda-linked fighters, especially since April when they began a new offensive on militant hideouts in the Chaambi mountains bordering Algeria.

Six other security force members were wounded in a mine blast a day earlier in the same mountainous region as Wednesday's attack near Kef.

Thousands of troops were deployed to the remote Chaambi mountain area in April to flush out militants. Ansar al-Sharia has clashed repeatedly with security forces, and al Qaeda in the Islamic Maghreb, has also claimed attacks in Tunisia.