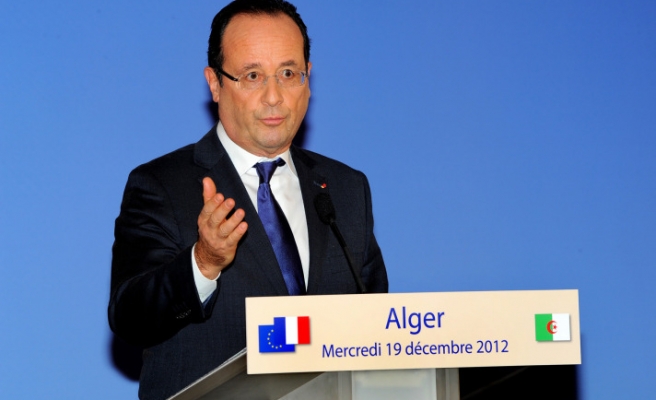 French President Francois Hollande announced Monday that African leaders are invited to attend a two-day meeting in December in Paris to exchange ideas on security issues in the continent, Xinhua reported.

"France will gather, at the end of the year on December 6 and 7, African heads of state in Paris to discuss ways that would ensure the Africans to have their own defense against terrorist threats," said Holland.

"This is to make sure they have all the necessary training and supervision" to ensure they could fullfil their important mission for security, Hollande noted during Monday's joint press conference at the Elysee Palace, alongside UN Secretary General Ban Ki-moon.

On Sunday in a televised interview to mark the National Day of France, Holland hailed the "victory" of the French army on Malian territory.