After the French destroyed Guinea who had sought independence, the alternative was to pay a tax. No African country could estimate the effect this had on 14 different countries. 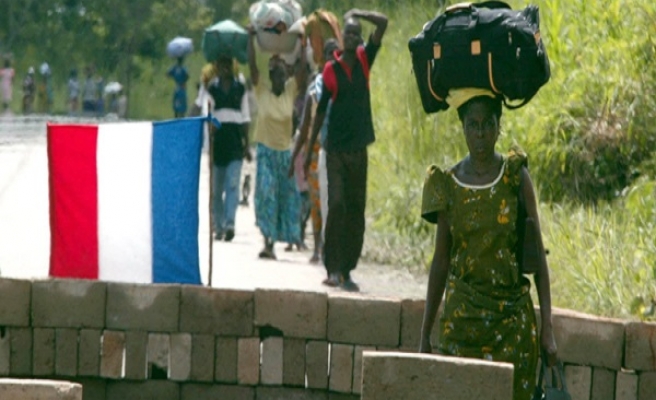 When Guinea demanded independence from French colonial rule in 1958, the French unleashed their fury with more than 3,000 leaving the country taking their enteire property. In addition, they destroyed anything that couldn't be taken – destroying schools, nurseries, public administration buildings, cars, books, medicine, research institute instruments, tractors were crushed and sabotaged, animals killed and food in warehouses were burned or poisoned. In effect they were sending a message to all other colonies that the consqueences for jrejecting France would be high.

Colonialism as an enduring stain in Africa’s history, and economic oppression continue to exist. An article by Mawuna Remarque Koutonin, peace activist and editor of SiliconAfrica.com addressed this practice.

The article called attention to an ongoing practice by which former African countries are forced to pay a colonial tax to France – even today. In fact, France continues to thrive on the practice, which extracts approximately 500 billion dollars from African countries each year.

As Koutonin notes, this outrageous tax deprives African economies of much needed funds, exacerbates debt, and strips their authority over their own natural reserves. But the detriments are more than just economic, as the ills of colonialism manifest in social ways that are equally devastating to the dignity and identity of the African people:

Sylvanus Olympio, the first president of the Republic of Togo, instead of signing the colonisation continuation pact with De Gaulle, instead agreed to pay an annual debt to France for the so called benefits of French colonisation. This prevented the French not destroying the country before they left however  the amount estimated by France was so big that the reimbursement of the so called “colonial debt” was close to 40% of the country budget in 1963. Olympio’s dream was to build an independent and self-sufficient and self-reliant country but the French had him killed by a seargeant who was given a $612 bounty by the French embassy.

History has shown that despite years of African fighting to liberate themselves, France repeatedly used many exForeign legionnaires to carry out coups against elected presidents. This included Jean-Bedel Bokassa who assassinated David Dacko, the first President of the Central African Republic. In the last 50 years, a total of 67 coups has occurred in 26 African countries, of which 16 are ex-French colonies. This indicates that France is desperate to hold on to whatever land it has in Africa.

As of January 2014, 14 african countries are obliged by France, through a colonial pact, to put 85% of their foreign reserve into France central bank under French minister of Finance control.They are effectively putting in 500 Billion dollars every year to the French treasury. African leaders who refuse are killed or victim of coup. Those who obey are supported and rewarded by France with lavish lifestyle while their people endure extreme poverty, and desperation.

There are a number of components of the colonisation pact that has been in effect since the 1950's. The main points being that the African countries should deposit their national monetary reserves in the France Central Bank. France has been holding the national reserves of fourteen african countries since 1961: Benin, Burkina Faso, Guinea-Bissau, Ivory Coast, Mali, Niger, Senegal, Togo, Cameroon, Central African Republic, Chad, Congo-Brazzaville, Equatorial Guinea and Gabon.

Despite the two main African banks having African names, they have no monetary policies of their own. In fact France allows them to access only 15% of the money in any given year. If there is need for any more, they need to borrow the extra money from their own 65% from the French Treasury at commercial rates.

The pact also included claused that Africa had an obligation to make French the official language of the country and the language for education and an obligation to use France colonial money FCFA (the Nordic countries tried unsuccessfully to get rid of this system when they discovered this).Also, they were obliged to send France an annual balance and reserve report. If they refused to send it, they would not be entitled to any money .

Over one million Africans soldiers fought for the defeat of nazism and fascism during the second world war. With their contribution ignored or minimised, the French know that Africans could be useful for fighting, which in effect shows that France is psychopathic when it comes to Africa.

The only question that remains unanswered however is when people first reaction when they learn about the french colonial tax is often a question: “Until when?”

Christof Lehmann wrote for nsnbc.me in 2012, “France is indebting and enslaving Africans by means of Africa’s own wealth; for example: 12.0000 billion invested at three percent creates 360 billion in interests which France grants as credits to Africa at an interest rate of five to six percent or more. The allegory of ‘Bleeding Africa and Feeding France’ is no exaggeration, not alarmist, and not revolutionary.”