France calls for an emergency meeting at UN Security Council 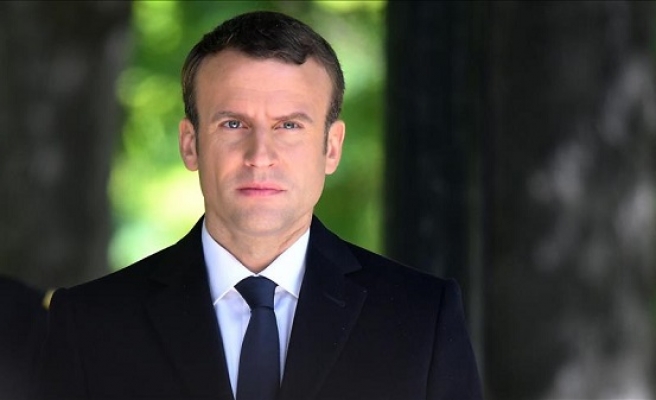 Macron's comments came after CNN aired on Nov. 14 a shocking video footage showing African migrants being sold as slaves for $400.

Speaking at a joint press conference with his Guinean counterpart and current chairperson of African Union Alpha Conde, Macron said it was important to dismantle networks of the traffickers.

"Women and children make up 80 percent of the victims," he said.

Conde said the grave situation of refugees and migrants stuck in Libya is "unacceptable".

He called on the EU to intervene amid political instability in Libya.

Macron reiterated an earlier announcement by Foreign Minister Jean-Yves Le Drian that France had demanded an emergency UN meeting over the issue.

During a question and answer session on Wednesday at the National Assembly, the lower house of the French parliament, Le Drian said France will seek to implement sanctions if Libyan authorities fail to take action.

Le Drian said he wanted the International Organization for Migration and the UN Refugee Agency to publish details about the trafficking of migrants in the country.

"Libyan authorities, who have been alerted several times, including by myself because I was there in September, have decided to open an investigation into the facts," he said.

“We want it to go fast and if the Libyan justice system cannot carry this procedure through then we should open international sanctions,” Le Drian added.