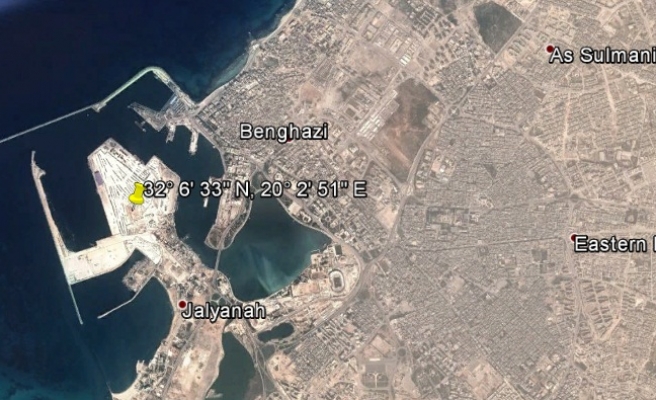 The sources, who cannot be named because of security concerns, told Anadolu Agency on Wednesday they had noticed a reduction in the number of French surveillance drones.

They believe the forces, who were numbered in the dozens, may have moved to a U.S. air base near Malta three days ago but their return has not been ruled out.

The sources could not explain why the French troops had withdrawn but the move came after Muhammad Ammari, from the UN-back unity government in Tripoli, said in a press statement that the French had promised to halt their Benghazi operations after Tripoli complained about "blatant interference" to the French ambassador.

Earlier last month, France confirmed three of its soldiers were killed when their helicopter crashed east of Benghazi during an intelligence operation, forcing France to acknowledge the presence of its troops in Libya.

In a separate development Wednesday, a government fighter jet crashed during air strikes against ISIL-held sites in the central city of Sirte, Muhammad al-Ghasry, the spokesman for the anti-ISIL operation, told Anadolu Agency.

Ghasry said: “until now we have not had contact with the plane crew and we cannot determine whether the cause of the crash was technical or due to being targeted by ISIL forces.”

In May, forces loyal to Libya’s unity government launched the al-Bunyan al-Marsous operation, aimed at recapturing Sirte from ISIL, who overran the city in 2015.

Libya has been wracked by turmoil since 2011, when a bloody uprising ended with the ouster and death of longtime strongman Muammar Gaddafi.

Since then, the country’s stark political divisions have yielded two rival seats of government, one in Tobruk and another in Tripoli, each of which boasts its own military capacity and legislative assembly.