Egypt has remained in a state of turmoil since the powerful military establishment ousted Morsi after massive and well-coordinated demonstrations against his presidency. 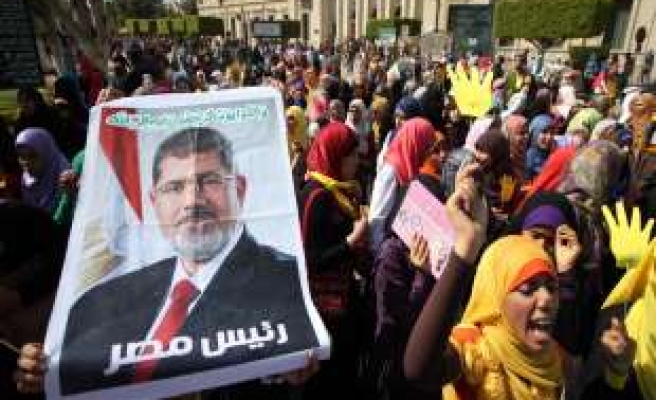 At least 57 pro-democracy demonstrators were killed by security forces on Sunday, which marked the 40th anniversary of Egypt's October 6 military victory against Israel.

Students demonstrated in the Cairo University against the army's July ouster of democratically-elected Morsi and called for the release of detained classmates.

Muslim Brotherhood-affiliated students staged rallies outside the Suez Canal University against what they described as the military coup against Morsi.

Female students also demonstrated in the canal city to demand the release of detained Morsi supporters.

A rally was also staged by pro-Morsi students in the Zagazig University in the Nile Delta province of Sharqiya to demand the reinstatement of the elected president and the release of Muslim Brotherhood detainees.

Students also protested for the third consecutive day in the southern province of Beni Sueif to protest the violent dispersal of pro-Morsi protests and the killing of a classmate on Sunday.

A demonstration was also staged by students in the southern province of Minya against violence and terrorism charges against Morsi supporters.

Egypt has remained in a state of turmoil since the powerful military establishment ousted Morsi after massive and well-coordinated demonstrations against his presidency.

The unconstitutional change of government is described by the ousted president's backers as a military coup, while supporters of the move call it a military-backed "popular uprising."