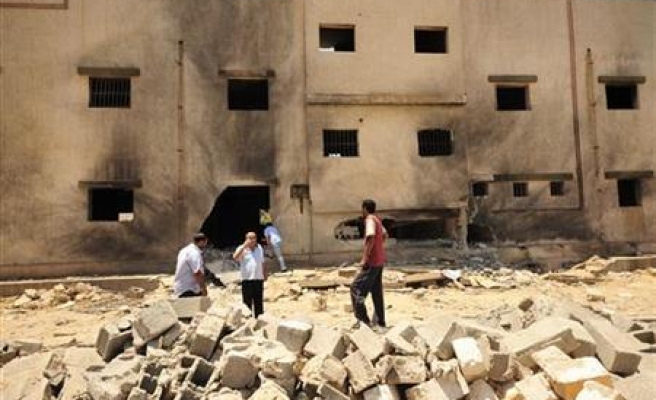 No casualties were reported in the blast in Benghazi's Fuwayhat district, according to eyewitnesses.

Libya has been dogged by political instability since Gaddafi's 2011 ouster and death, with several militias holding onto their weapons following the bloody uprising.

Benghazi, Libya's second city, has recently turned into a battlefield between troops loyal to renegade general Khalifa Haftar and the Ansar al-Sharia militia, while the Libyan government has remained largely absent from the scene.

Authorities in Libya's northwestern city of Misurata on Thursday released 95 people who had fought for the regime of late ruler Muammar Gaddafi during the 2011 uprising that ended the strongman's rule.

Most of the 95 men, who had belonged to the so-called "Gaddafi factions," hail from the northwestern town of Tawergha, according to local sources.

The sources said that the men were released as a goodwill gesture aimed at improving relations between Misurata and Tawergha.

Tawergha local council head Abdel-Rahman al-Shekshek, the sources said, planned to reciprocate the move by delivering a speech from Misurata for the first time.

Three years ago, Tawergha reportedly offered support to the Gaddafi factions when they were besieging Misurata.

Misurata residents, for their part, believe Tawergha was used as a base by the factions during the 2011 uprising against Gaddafi.