NTC fighters have been meeting stiff resistance from Gaddafi loyalists, who have managed to hang on to much of Sirte more than a month after the fall of the Libyan leader's regime. 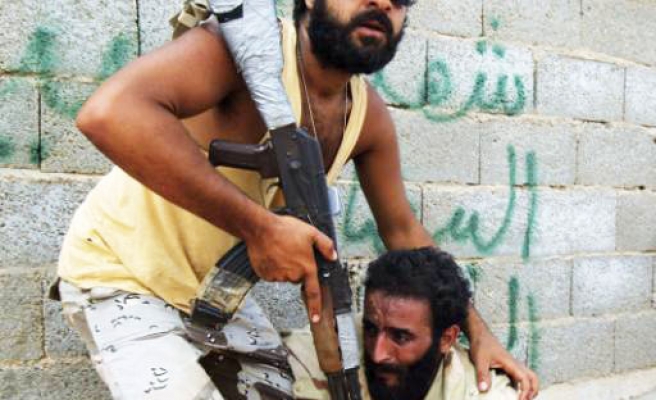 Intense sniper and artillery fire from forces loyal to Muammar Gaddafi holed up in Sirte kept fighters with Libya's new rulers at bay in the deposed leader's hometown on Wednesday.

Sirte, one of the last two bastions of support for Gaddafi, is encircled by forces with the interim National Transitional Council (NTC) and under aerial attack from NATO.

NTC fighters have been meeting stiff resistance from Gaddafi loyalists, who have managed to hang on to much of Sirte more than a month after the fall of the Libyan leader's regime.

Lack of coordination and divisions at the front have been hampering their attempts to capture Sirte and Bani Walid, which lies 180 km (110 miles) south of Tripoli.

A commander leading the attack on Sirte said on Tuesday he was in talks with elders inside the city about a truce, but the head of another anti-Gaddafi unit rejected negotiations.

There were clashes at a roundabout 2 km (1.5 miles) east of the centre of Sirte, where anti-Gaddafi fighters were pinned down for a second day by sniper and artillery fire.

Forces with the new government brought in two tanks and trucks carrying infantry to try to break through.

Snipers, though, held up the advance, forcing the attackers to take cover behind metal shipping containers.

Medical workers at a hospital in Ras Lanuf, which lies 220 km (137 miles) east of Sirte, said they had received the bodies of six NTC fighters killed in fighting on the city's eastern front. Some 45 fighters were wounded, many from sniper fire.

While the fighting continues, humanitarian organisations have expressed alarm at the worsening situation in Sirte.

"Our main worry is the people being displaced because of the fighting," said Jafar Vishtawi, a delegate of the International Committee of the Red Cross (ICRC), near Sirte.

Taking Sirte, 450 km east of Tripoli, would bring Libya's new rulers closer to gaining control of the whole country, something still eluding them more than a month after their fighters seized the capital.

It is likely some members of Gaddafi's family are in Sirte but there is no information about the location of the former ruler himself. He is the subject of an Interpol arrest warrant.

A Syria-based television station that has been broadcasting audio speeches by Gaddafi, reported on Tuesday that the toppled leader had addressed his supporters and urged them to fight in a speech broadcast on a local radio station in Bani Walid.

The report by Arrai television could not be independently verfied.

Arrai also broadcast footage of what it said was Gaddafi's son Saif al-Islam, dated Sept. 20, rallying his forces at an unidentified location.

"This land is the land of your forefathers. Don't hand it over," Saif al-Islam, shouted to a crowd of followers.

In neighhouring Algeria, the government ordered members of Gaddafi's family in exile there to stay out of politics after Gaddafi's daughter Aisha angered the NTC by telling the media her father was still fighting to hold on to power.

Aisha Gaddafi, her brothers Hannibal and Mohammed, their mother Safia and several other family members fled in August.

In a separate development, a Tunisian court of appeal freed Gaddafi's former Prime Minister Al-Baghdadi Ali al-Mahmoudi, who was sentenced to six months in jail last week after he was arrested near the North African country's border with Algeria.

Shortly after the ruling, a source at the Justice Ministry told Reuters that Tunisia had not received any request from the NTC to extradite al-Mahmoudi.

Libya's new rulers received an important boost when exports of crude oil -- the country's only major source of revenue -- resumed for the first time in months.

The head of Libya's port authority said a cargo of crude oil had sailed on Sept. 25 from the port of Marsa el Hariga, bound for Italy. It was only the third cargo to leave Libya since the rebellion against Gaddafi's rule began in February.

"We are working hard to make everything run normally at the ports," Capt. Ramadan Boumadyan said in an interview. "I think everything will be back to normal in a month's time."