Asked what Saadi's status in the country was, Amadou said only that Niger would fulfill its humanitarian obligations. 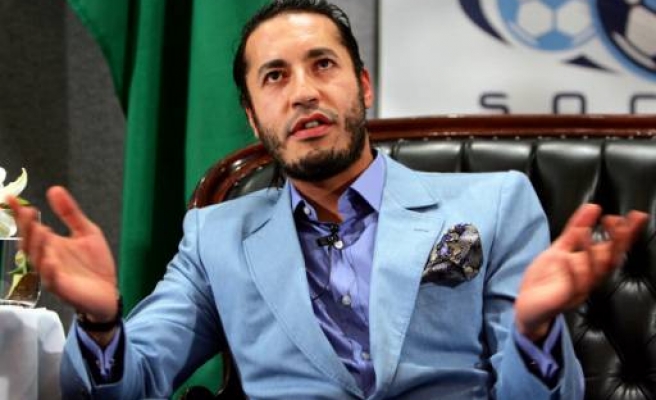 "He was in a convoy of nine people. They were intercepted heading in the direction of Agadez," Marou Adamou told a news conference, referring to the northern town through which at least two previous convoys of Gaddafi loyalists have entered in the past week.

Adamou said the convoy with Saadi was intercepted by Nigerien soldiers who had been patrolling the Sahara.

"We were not informed of their arrival," said Adamou. He said he expected them to be transferred to the capital Niamey on Monday or Tuesday.

Asked what Saadi's status in the country was, Amadou said only that Niger would fulfill its humanitarian obligations.

The International Criminal Court in the Hague has issued a warrant for Muammar Gaddafi and his son Saif al-Islam, but not for Saadi who is chiefly known abroad for his obsession with soccer.

Saadi had attempted to negotiate an end to fighting with Libya's ruling National Transitional Council in late August, after its fighters swept through Tripoli, though it is unclear whether his father's surrender was ever on the table.

His brother Saif al-Islam publicly contradicted his efforts at the time, vowing a "war of attrition".

Saadi's convoy is the third containing important members of Gaddafi's entourage to arrive in Niger in the past seven days. Others include Gaddafi's security chief and at least two top generals, all of whom are now in the capital.

Saadi had a brief career with several Italian soccer clubs and captained the Libyan national team, whose coach was once fired for not selecting him.