Gaddafi son Saif may be tried in Libya: Rebel envoy

Al-Nasr ruled out the possibility that a U.N. force would provide security on the ground and humanitarian aid in the chaotic coming weeks. 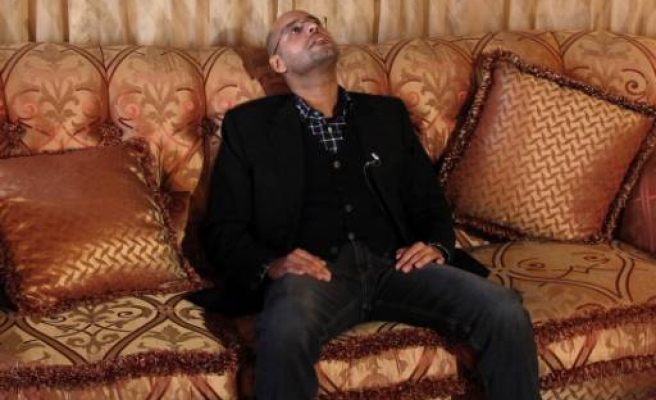 Libya's rebel envoy to Paris said on Monday there was a chance Muammar Gaddafi's son Saif al-Islam could be tried in Libya and not handed over to the International Criminal Court in the Hague.

"Everything is possible, it is up to the NTC (National Transitional Council) to decide. It is possible that he will be handed over to the ICC but it's also possible he won't," Mansour Saif al-Nasr told Reuters Television outside the Libyan embassy in Paris.

Saif Al-Islam is one of two of Gaddafi's sons arrested by the Libyan rebels on Sunday as they swept from the western outskirts to the government stronghold of Tripoli, meeting little resistance.

Al-Nasr said he was unsure of the whereabouts of Muammar Gaddafi, but vowed the embattled leader who has ruled Libya since 1969 would be arrested and brought to justice.

"It is finished," said al-Nasr. "Since yesterday we have turned the dark page of this dictatorship."

Al-Nasr ruled out the possibility that a U.N. force would provide security on the ground and humanitarian aid in the chaotic coming weeks.

He reiterated that the new government would welcome the participation of many Libyans, not just those who have been a part of the rebel National Transitional Council, which has been based in the eastern city Benghazi.

"Everything will be open to those who have not been tainted by blood," he said.