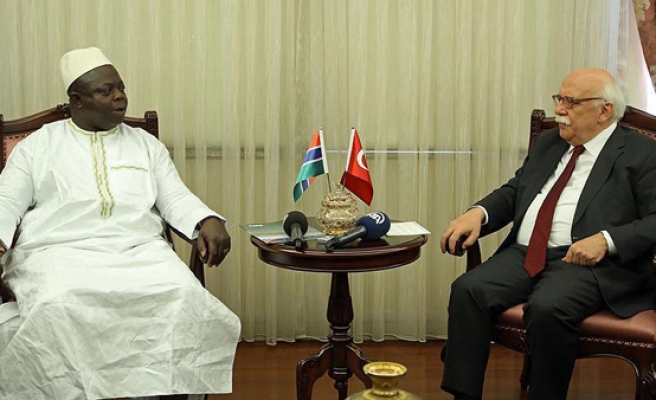 Gambia’s education minister marked his visit to Turkey on Friday to call for support in building schools.

Aboubacar Abdullah Senghore called for Turkish schools and a cultural center to be set up in the west African state.

Avci said he would raise the issue with the chairman of Turkey's Higher Education Board.

"Our relationship’s focal point is education," he said. "I hope we will do good things in the field of education."

Gambia became an independent republic in 1970 and is one of the most stable nations in the region. According to official figures, Muslims comprise 90 percent of its 1.5 million population.