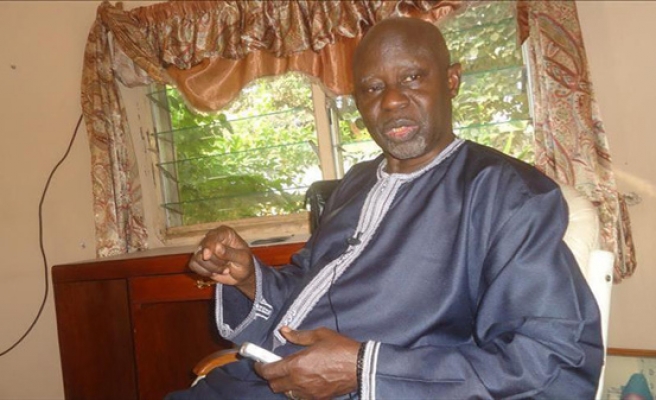 Gambia’s leading opposition figure was sentenced to a 3-year jail term Wednesday after he was found guilty on charges related to a protest earlier this year.

Charges against lawyer Ousainou Darboe, 67, included unlawful assembly, riots, riotously interfering with vehicles, holding a procession without a permit, disobeying an order to disperse from an unlawful procession and conspiracy to commit felony.

He stood trial with 19 other members of his United Democratic Party (UDP), including seven executives. One defendant was acquitted and discharged.

The defendants were found not guilty on one count of inciting violence.

Defendants’ relatives and UDP supporters were carried away in tears by colleagues after the verdict was read and others fainted as they were dragged in the rain outside of the High Court.

Darboe was arrested April 16 with more than one dozen UDP executive members as they took to the streets to demand the release of party members arrested two days earlier for holding a peaceful demonstration that called for “proper electoral reform”.

UDP youth leader Solo Sandeng, who led the April 14 demonstration, reportedly died in state custody hours before Darboe and his colleagues took to the streets demanding his release “dead or alive”.

Since Darboe’s arrest, several human rights organizations and the U.N., have called on the Gambian government to release the prisoners.

Amnesty International issued a statement following the verdict saying the conviction was a sign of further deterioration of human rights in Gambia.

Darboe and his colleagues have spent more than two months in jail and boycotted the “farce” trial a few weeks after it begun.

He told the High Court at the time that the defendants’ convictions had already been “predetermined”.

“We have stated clearly … I have no doubt that this trial has been conducted in a way to accelerate my predetermined conviction,” he said. “We are denied our rights under the Criminal Procedure Court of Gambia.”

Gambians will head to polls on Dec.1, hampering UDP's chances at office.

President Yahya Jammeh, assumed power in 1994 in a military overthrow, will celebrate 22 years in power on Friday.