Youssef al-Agha, one of the protesting children, said the protest comes as "a shout to the world to open the crossing to end our suffering." 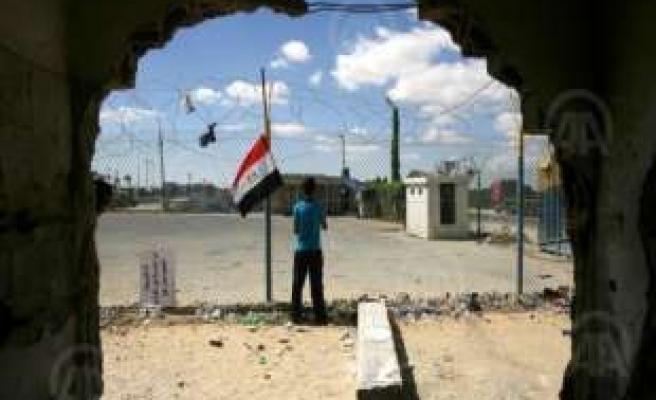 Hundreds of Palestinian children staged a demonstration on Sunday outside Rafah crossing with Egypt in protest of the long-time closure of the terminal by Egyptian authorities.

The children held banners calling for re-opening the crossing to children, students and passengers with humanitarian needs.

Youssef al-Agha, one of the protesting children, said the protest comes as "a shout to the world to open the crossing to end our suffering."

"Why our patients and mothers are stranded for hours and days at the crossing?" he asked.

He then voiced regret at the death of a newborn baby on Saturday after his mother had waited for a long time to be allowed to cross into Gaza.

The baby was delivered at a cafeteria near the crossing after his mother waited for too long before being allowed into Gaza.

"What had the baby done wrong to die a few hours after he was born in the Egyptian terminal?" Al-Agha wondered.

Rafah crossing represents Gaza's only gateway to the outside world, as all other points into or out of the coastal enclave remain blocked by Israel.

Around 5,500 Palestinians are on wait lists to cross into Egypt but the Egyptian side only allows few Palestinians through, said Maher Abu Sabha, director of borders in the Gaza government.

The Gaza Strip -- home to some 1.7 million people -- has suffered under a crippling Israeli blockade since 2007.