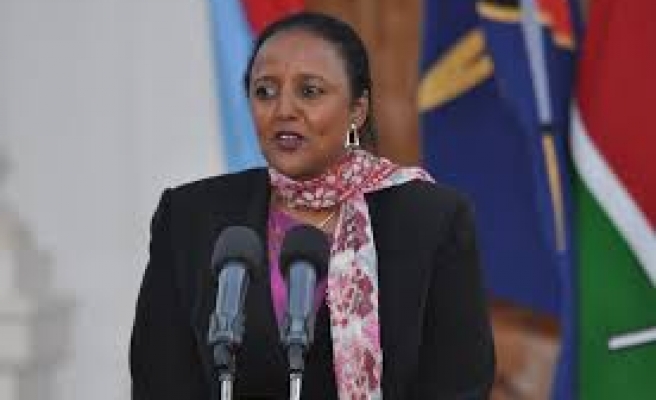 "Kenya is a country that has continued to promote regional cooperation," Steinmeier told reporters.

He cited the East African Community (EAC) summit hosted by Kenya on Friday.

"We are interested to hear more about all those areas in which it has been possible to initiate cooperation at a regional level," said Steinmeier.

The summit saw Kenyan President Uhuru Kenyatta handing over the chairmanship of the five-member regional bloc to his Tanzanian counterpart, Jakaya Kikwete.

"It is not only the area of regional cooperation that we have an interest in, we also want to make sure that our bilateral relationship continues to flourish," he asserted.

"I have come here with quite an impressive delegation representing a broad spectrum of our society and also representatives from our business community," added the top diplomat.

His Kenyan counterpart, for her part, asserted that development cooperation between the two countries has continued to grow over the past 50 years.

"Germany has promised to donate an estimated 300 million euros (roughly $341 million) to support implementation of Kenya’s Medium Term Plan II under Vision 2030 for the period 2014 – 2017," she said.

The first Medium Term Plan was implemented between 2008 and 2012.

This second plan outlines projects which the government intends to implement between 2013 and 2017.

Mohamed recalled that Germany had committed, between 2010 and 2013, funds amounting to 390.3 million euros (roughly $443 million) towards Kenya's development agenda.

The minister, meanwhile, said she had discussed with Steinmeier opportunities that will take both countries relations to the next level.

"We discussed opportunities in agro-processing," she said.

Mohammed noted that bilateral trade has increased in the past six years.

"This gap could be addressed through export of more value added goods from Kenya," Mohammed added.

She noted that market prices rise along the value chain from raw to finished products.

"The export of finished products will, therefore, help in narrowing the trade value gap between our two countries," expected the minister.

"Moving up the value chain in coffee exports will greatly help improve our trade relations," she added.

Mohammed said Germany is Kenya's single most important coffee destination and absorbs the bulk of green and raw coffee that the country exports globally.