The opposition suggested the ruling party feared a low turnout 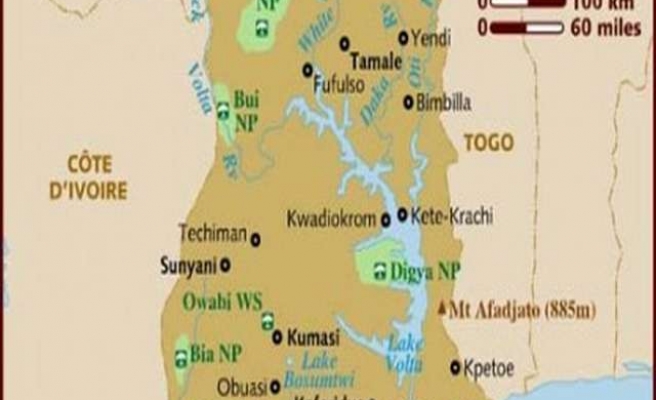 Citing security concerns, Ghana's ruling party has called off a planned Tuesday march in Kumasi to show support for the government in the face of mounting opposition protests amid an ongoing power crisis.

The National Democratic Congress (NDC) has claimed that the New Patriotic Party (NPP), the country's largest opposition party, had planned to disrupt the march in Kumasi, Ghana's second city.

"They have decided that they will organize some groups to throw stones. That will infuriate us and make us give a negative response, so we want to avoid these things," Raymond Tandoh, the NDC's regional secretary in Ashanti, told The Anadolu Agency.

"So we decided to postpone the march and organize ourselves very well," he said.

The rally was meant to counter a massive opposition protest in capital Accra last week against an ongoing power crisis.

"There are a lot of projects," he said, citing airport renovations, several water projects and a central market renovation project.

"I think that is what scared them [the opposition] and they want to prevent us," said the ruling party official.

He said the march had been rescheduled for the first week of March.

The opposition, for its part, denied any plans to intimidate the ruling party's supporters.

"As a political party, we never planned to disrupt their march," Samuel Payne, the opposition's secretary-general for Ashanti, told AA.

He suggested the ruling party had called off the rally due to fears of a low turnout.

"It is just a face-saving alibi," Payne said. "They don't have the numbers to hold the march."

He added: "It [the planned march] was going to be a total failure; they are only saying that to wipe out the shame."

"We are going to gather at around 6:30 at the Suame roundabout, hit the streets, and end up at Golden Jubilee Park, where we will address the gathering," he said.

Payne expects thousands of people to join the protest, which has been dubbed "Yabre," meaning "We are tired" in the local dialect.

In a Tuesday statement, NPP Secretary-General Kwabena Agyepong said: "The economic gains made in our country have been eroded over the past six years of NDC rule."

"Our people continue to suffer unprecedented economic hardship coupled with an unending power crisis," he added.

Agyepong urged members of the public to show their displeasure with the government by taking part in Wednesday's planned protest.

"We believe that the demand for better governance and accountability must continue unabated," he asserted.

For months, Ghanaians have groaned under a worsening energy crisis.

Currently, two of the country's main thermal power plants are not producing the energy needed for power generation.

What's more, major hydropower dams – at Akosombo in the Eastern Region and Bui in the Brong Ahafo Region – are not producing to capacity as a result of low water levels.

Every day, close to 650 megawatts of power is said to be lost by energy providers in Ghana.