Elected lawmakers will replace a transitional council that has been in place since 2010, and a smooth election could usher in a period of stability needed to attract investments 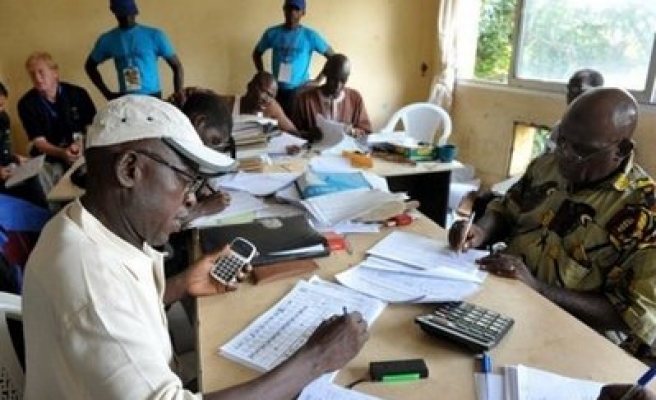 Guineans voted on Saturday in a parliamentary election to complete its transition to democracy after a 2008 military coup and end decades of political instability.

The election, two years overdue, is the first democratic parliamentary vote since independence from France in 1958. A disputed result could reignite ethnic and political violence that has killed dozens in the run-up to voting.

Elected lawmakers will replace a transitional council that has been in place since 2010, and a smooth election could usher in a period of stability needed to attract investments in Guinea's mining sector where investor interest has waned due to the political violence and the collapse of metal prices.

Guinea's bauxite, iron ore, gold and diamond reserves have failed to translate into prosperity and progress for the country of 11.5 million people due to years of misrule.

The vote, if successful, will also free up 140 million euros ($200 million) in European Union aid.

More than 5 million voters are expected to cast ballots for about 2,000 candidates vying for 114 seats in the National Assembly. No party is expected to win an outright majority and coalition-building would be needed in the aftermath.

In a country where the president holds real power, the legislative election is seen as a rehearsal for the 2015 presidential election when incumbent President Alpha Conde's five-year mandate ends.

Saturday's vote pits a coalition backing Conde's RPG party against an opposition alliance centred around Cello Dalein Diallo, leader of the UFDG party, who Conde defeated in the 2010 presidential run-off.

Several hundred people had gathered at polling stations in the capital Conakry as they opened by 0730 GMT.

"I came today to vote and accomplish my duty because we need to create change that will get us out of this situation," said Alkaly Cisse, 60, who queued for an hour at a school in Conakry.

Polls shut at 1800 GMT. Results are expected from Tuesday.

Preparations for the vote was marred by violence that killed more than 50 people over months of opposition demonstrations. Protesters accused Conde of ensuring an electoral registration drive was done in strongholds of his ethnic Malinke supporters.

A last-minute U.N.-brokered deal was able to calm opposition fears and allow the vote. U.N. Secretary-General Ban Ki-moon urged Guineans on Friday to do their utmost to ensure a peaceful, transparent and credible election.

Saturday is the fourth anniversary of a massacre of about 150 pro-democracy protesters, who were shot, stabbed, bludgeoned or trampled to death at a stadium in Conakry where they had gathered for a rally against the military junta then in power.