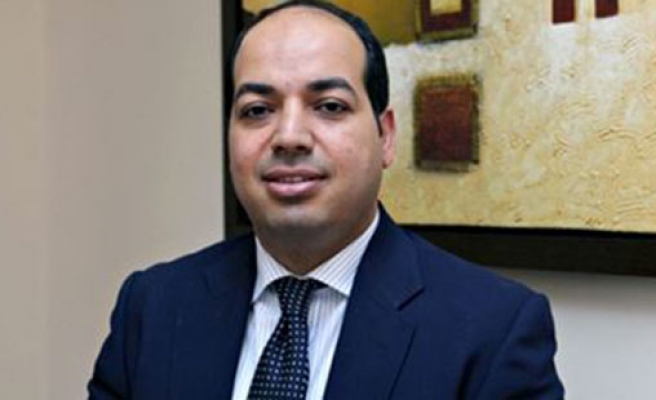 Unidentified gunmen fired a rocket propelled grenade at the office of new Libyan Prime Minister Ahmed Maiteeq on Wednesday, one of his aides said.

Nobody was hurt when the projectile hit the building's kitchen, located on the same floor as Maiteeq's office, the aide said, adding that the premier had not been there.

Libya has been plagued by political infighting, with government and parliament unable to control militias that have continued to defy state authority since ousting Muammar Gaddafi in 2011.

Maiteeq was elected by parliament last month in a chaotic vote that many lawmakers disputed. Outgoing Premier Abdullah al-Thinni has refused to hand over power, saying he wanted to wait for a legal ruling on whether Maiteeq's election was legitimate.

In an attempt to reinforce his authority, Maiteeq took over the prime minister's office on Monday night, backed by a police escort.

Earlier, a bomber drove a Land Cruiser packed with explosives to retired general Haftar's base, his spokesman Mohamed El-Hejazi said, adding Haftar had not been hurt.