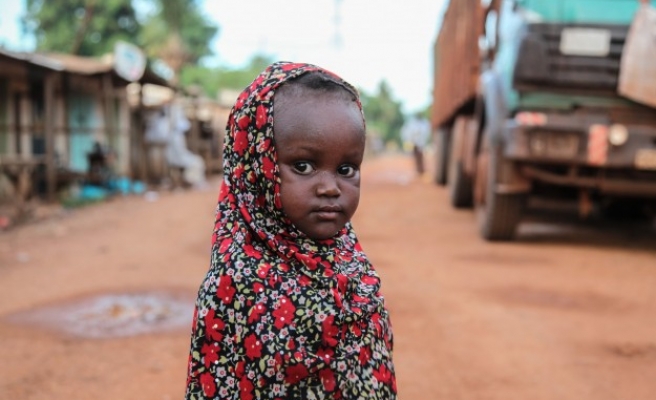 Gunmen killed about 15 people, including children, in an attack on a town in Central African Republic near the border with Chad, a local official and aid workers said on Friday.

The raid in the town of Markounda on Thursday was about 30 km (18 miles) from the site of an attack on a health clinic run by medical charity Medecins Sans Frontieres last week which killed 16 people.

It coincided with a visit by U.N. peacekeeping chief Herve Ladsous who is in the country for three days ahead of the deployment of a 12,000-strong mission in mid-September.

Despite the presence of French and African peacekeepers, thousands have died in inter-communal violence in the vast, former French colony and close to a million have been displaced.

Explosions were reported in eastern Markounda mid-afternoon and shortly afterwards a group of armed men wearing both military and civilian clothes entered the town and began looting and attacking residents, said the local official.

"We estimate at around 15 the number of people killed, including men, women and children. Markounda is now empty as the inhabitants have fled into the bush, the fields and neighbouring villages," Lucien Mbaigoto, deputy prefect for the town, told Reuters by telephone on Friday.

Peter Bouckaert, emergency director of Human Rights Watch, said on Twitter on Friday that 13 had been killed, including eight children.

The number of revenge attacks on Muslims has increased since January when Seleka was forced to step down under international pressure for failing to establish authority over the poor, landlocked country.

The northern region close to the border with Chad has received thousands of displaced Muslims from the south as part of a segregation policy that aid workers say is designed to protect them.

Earlier this week, a convoy carrying thousands of Muslims from Bangui to the north was ambushed and two people were killed.

Amy Martin, head of the U.N. Office for the Coordination of Humanitarian Affairs in Bangui, said several armed groups were active in the border area including Seleka fighters who had formed alliances with armed Fulani herdsmen.