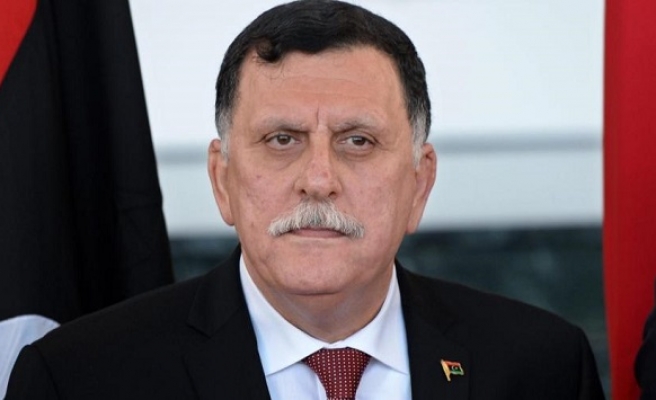 The head of Libya's UN-backed unity government arrived on Wednesday in Tripoli, following growing international calls for political rivals in the violence-plagued country to cede power.

Fayez al-Sarraj, named prime minister-designate under a UN-brokered power-sharing deal, was accompanied by several members of his cabinet, according to an official at the naval base where he arrived.

"They had lunch and held a meeting with the officers of the naval base," the official said.

Sarraj, who had been in Tunis on Tuesday, appeared to have arrived by sea but the circumstances were not immediately clear.

International leaders, alarmed by the rise of extremists and people-smugglers in the impoverished North African state, have urged Libya's warring sides to allow the unity government to take power.

But both the government backed by the recognised parliament in eastern Libya and another rival administration supported by armed groups in Tripoli have refused to cede power to the UN-backed authorities.

Sarraj and his cabinet had previously been blocked from entering Tripoli by the authorities there, who even closed the airspace several times to prevent them flying in.

A presidential council formed under the power-sharing deal confirmed on its Facebook page that Sarraj and several other members had "arrived safe and sound in Tripoli", which was seized by a militia alliance in mid-2014.

The Tripoli administration had on Friday announced a "maximum state of emergency" after the council said Sarraj's cabinet would soon take its place in the capital.

The unity government announced earlier this month that it would start working on the back of a petition signed by a narrow majority of Libya's elected lawmakers.

Libya has descended into chaos since the 2011 ouster of longtime dictator Moamer Kadhafi, raising fears that the ISIL group is establishing a new stronghold just across the Mediterranean.

Western countries are considering military action against the extremists in Libya but want a unity government to request help first.