Rescue workers admit it is unlikely they will find anyone alive but expect to recover more bodies. 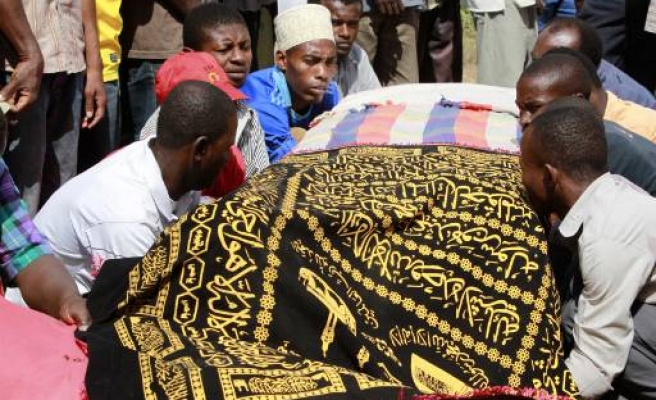 Divers searched on Sunday for any remaining survivors from the capsizing of an overcrowded ferry off the east African coast which killed nearly a quarter of the 800 passengers crammed onboard.

"According to what we've heard so far from survivors, the ship was overloaded with cargo from Dar es Salaam, which included several vehicles, cement and iron rods," Police Commissioner Mussa Alli Mussa told Reuters.

"Passengers who survived the accident told the police that the ship started taking in water from the cargo hold. That's when the vessel started to sink," he said.

Zanzibat minister of state Mohamed Aboud Mohamed told a news conference on Sunday the latest death toll from Saturday's disaster was 197, with 619 survivors.

The MV Spice Islander began its voyage in Tanzania's commercial capital, Dar es Salaam, where it was loaded with passengers, motor vehicles, bags of food and cement and other building materials.

When it reached Zanzibar, also known as Unguja, it took on more passengers and cargo for the trip to the archipelago's smaller island of Pemba.

Some passengers realised they were in danger as the ferry started to tilt while still in the port and tried to get off. A few succeeded before the crew pulled up the ladders so the ship could depart.

"First of all, the person to be blamed is the government, the whole government of Zanzibar ... they are still not serious, they need to resign now," said Safia Juma, who lost relatives in the accident.

Rescue workers admit it is unlikely they will find anyone alive but expect to recover more bodies.

"Teams of divers are searching the area this morning to see if they can rescue more survivors or recover additional bodies from the submerged vessel," said Mussa.

Crowds of relatives and onlookers gathered in Stone Town on Sunday morning to await news of passengers still missing.

"We lost eight relatives but my child survived ... and we haven't got any bodies and I have been here the whole night" said Yazid Amour.

Zanzibar residents said ships on the Unguja-Pemba route are notoriously overcrowded but few are inspected for safety.

"These ships are death traps, which have been brought here to finish us all," said Nassoro Abdallah Nassoro, who said he lost five relatives in the accident.

Mussa said on Saturday more than 500 people were on the ship's manifest. According to the registrar of Zanzibar's seafaring vessels, the Spice Islander was licensed to carry 600 passengers.

Four hours after the ferry left on Friday, Abuu Masoud got a call from relatives as the ferry started to sink. They were among those who perished in the fast Indian Ocean currents.

"At around 3 a.m., they told us the vessel had tipped over and they were standing on its back waiting for assistance," Masoud said.

"They told us there were about 25 to 30 of them who were left standing on the ship. At around 4 a.m., their phones were not reachable and we haven't seen or heard from them since," said Masoud, who lost seven relatives in the accident.

Tanzania's worst maritime disaster was in May, 1996. Eight officials were charged with the murders of 615 people after the ferry MV Bukoba sank in Lake Victoria.