The mortar fire from the town's defenders, loyal to Libya's old leader, only aggravated the anti-Gaddafi men's humiliation. 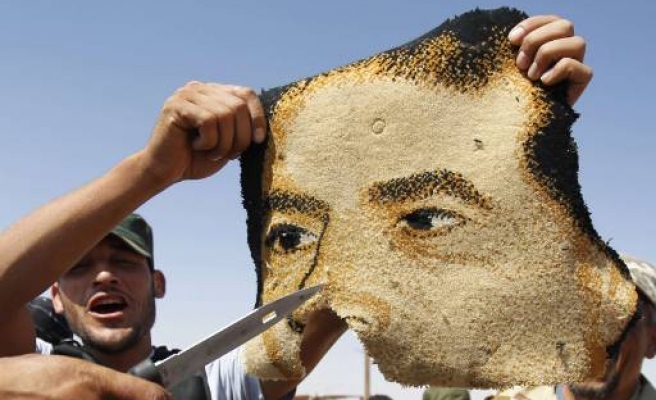 Grumbles replaced gunfire outside the Muammar Gaddafi bastion of Bani Walid on Saturday as Libyan interim government fighters sat in the morning sun discussing their defeat the day before, as occasional mortar bombs whistled towards them.

The mortar fire from the town's defenders, loyal to Libya's old leader, only aggravated the anti-Gaddafi men's humiliation.

"It was difficult," admitted one fighter, surprised he had survived a hail of sniper fire and rockets when his brigade raced into Bani Walid on Friday. "We'll do it differently next time."

The mood could not have been more different to the one on Friday when ruling National Transitional Council (NTC) forces, who had waited outside the town through more than two weeks of abortive negotiations for its surrender, were finally given the order to take it with a full-on military assault.

But it wasn't that simple.

After hours of heavy fighting, the NTC men started pouring out of Bani Walid almost as fast as they had poured in, saying they had been ordered to retreat after facing stout resistance.

That was a serious setback to a new government trying to exert its control over all of Libya and capture remaining bastions of the man who ruled it eccentrically for 42 years.

On Saturday, the surly-looking NTC fighters had several theories as to why they were defeated.

"There are traitors among us," Anas Madraha told Reuters, repeating a familiar refrain that Gaddafi infiltrators were feeding information to Bani Walid's defenders.

For others, the oil the Gaddafi men poured down the steep streets leading to the city centre was the problem. There were not enough troops. The organisation was chaotic. There was no cooperation between the different brigades who took part in the attack. There was a lack of discipline, they said.

One fighter, Nuraldin Zardi, told Reuters his brigade had missed the order to retreat and had found itself trapped and isolated inside Bani Walid hours after their comrades had fled.

"God only knows why," he yelled, shaking his fist. "When the shelling started no one told us we were supposed to retreat."

Zardi said his unit had conserved its ammunition and fought its way out street by street. "We will not rely on our commanders any more," he added, reflecting growing dissent in the ranks, both between brigades and towards officers. "We will do everything ourselves and take our own decisions."

Late on Saturday morning, NTC reinforcements began to arrive from around Libya and fighters said another 1,000 men from Tripoli and other parts of the country were coming.

"Now it is quiet," Madraha, the fighter, told Reuters. "Hopefully we will go back in soon."