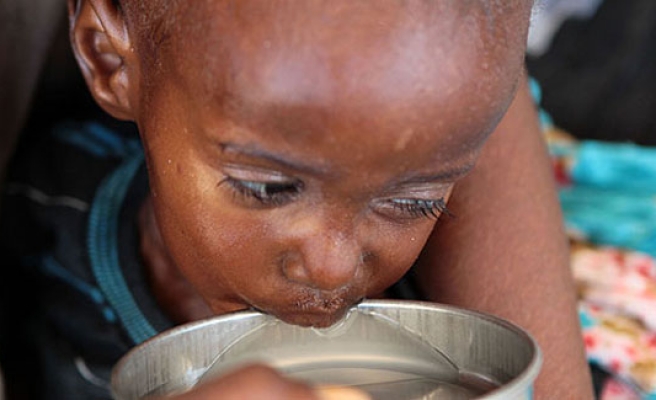 Famine has spread to six out of eight regions in southern Somalia, with 750,000 people facing imminent starvation, the United Nations said on Monday, and hundreds of people are dying each day despite a ramping up of aid relief.

Bay is the sixth region of Somalia to slip into famine since the United Nations' initial declaration of famine in the war-torn country in July that has left 4 million Somalis, or 53 percent of the population, unable to meet their food needs.

Hundreds of people are dying each day and at least half of them are children, the United Nations' Grainne Moloney said, adding she expected the remaining regions of southern Somalia to slip into famine by the end of the year.

"The rate of malnutrition (among children) in Bay region is 58 percent. This is a record rate of acute malnutrition," said Moloney, the chief technical adviser for the U.N. Food Security and Nutrition Analysis Unit.

Famine exists where at least 20 percent of households cannot access enough food, over 30 percent are acutely malnourished and two people per 10,000 die every day, according to the United Nations.

The Horn of Africa has been experiencing its worst drought in decades, affecting parts of Kenya, Ethiopia, Djibouti and even Uganda.