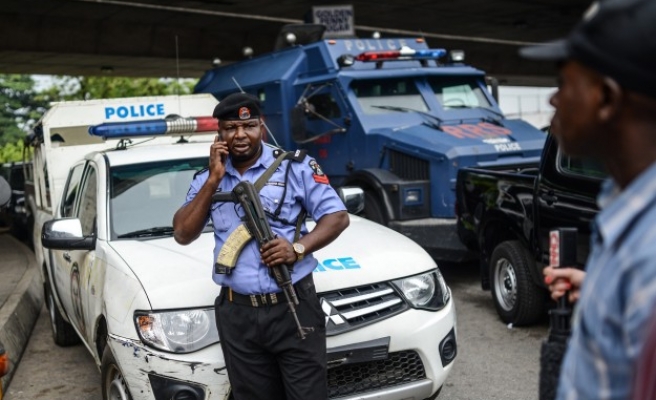 Hundreds of civilians are fleeing Nigeria's northeastern city of Maiduguri as fears grow that Boko Haram militants may try to assault the Borno state capital after seizing towns and territory around it, residents said on Thursday.

Heavily-armed Boko Haram fighters using captured military vehicles and weapons have taken towns and villages to the north, east and south of Maiduguri in the last few weeks and days in an apparent strategy to encircle the city and hold territory.

Apprehension among Maiduguri residents grew after fierce fighting since Monday between Nigeria's military and attacking Boko Haram fighters over the town of Bama, 70 km (45 miles) southeast of Maiduguri. Thousands have fled Bama amid conflicting reports of who has control.

The militants, who have issued videos of themselves storming into towns with guns blazing aboard trucks mounted with heavy machine guns, also took the smaller town of Bara on Tuesday, to the southwest of Maiduguri.

"They are creating territory for themselves ... they have seen what ISIL have done, so they are trying to imitate them," Musa Sumail, a human rights activist in Maiduguri who reports on the violence in the northeast, told Reuters.

The Borno state government and the armed forces have said Bama remains under government control, but did not immediately respond to calls asking for updates on the security situation.

Travelers packed bus stations in Maiduguri seeking transport westwards towards Damaturu in neighbouring Yobe state, the only safe exit route out. Vehicles laden with passengers and possessions were also seen on the Maiduguri-Damaturu road.

"I'm leaving now because people keep saying Boko Haram may attack Maiduguri anytime and it is possible," said Saka Lawal, a car mechanic who was leaving with his wife and two children.

Civil servants, traders and even the families of soldiers were among those moving out, residents said.

Boko Haram's intensifying attacks in Sub-Saharan Africa's No. 1 oil producer, which counts the United States among its crude export markets, were a serious threat to the country's security, the top U.S. diplomat for Africa said on Thursday.

"We are very troubled by the apparent capture of Bama and the prospects for an attack on Maiduguri, which would impose a tremendous toll on the civilian population," Assistant Secretary of State for African Affairs Linda Thomas-Greenfield told a bilateral security meeting in the capital Abuja on Thursday.

Nigeria's oilfields on its southern coast have not been affected by the Boko Haram attacks so far.

Nigeria holds a presidential election in February in which southerner Jonathan is expected to seek re-election. Many believe domestic political tensions stemming from the historic rivalry between Nigeria's mostly Muslim north and largely Christian south is also stoking the persisting violence.

The United States, Britain, France and Israel have been providing intelligence and training support to Nigeria's armed forces, but this cooperation has been hampered by persistent allegations of rights abuses leveled against the military. Rights groups have accused the military of executing and torturing suspects, and killings civilians, charges it denies.