More than 500 slum-dwellers rendered homeless by move, according to Amnesty International 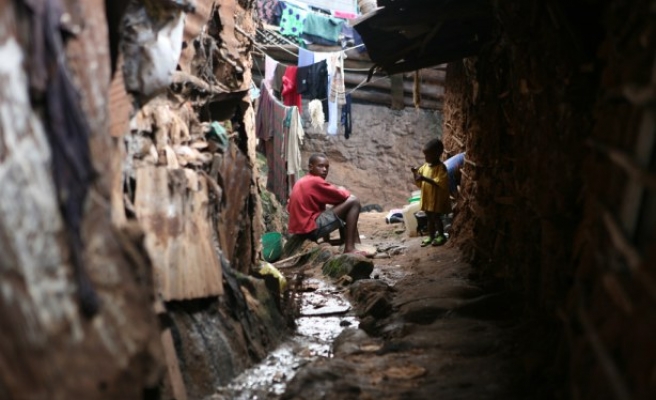 On Friday afternoon, bulldozers from the Nairobi county government rolled into the area and demolished hundreds of the tin and mud huts belonging to slum dwellers, leaving numerous people out in the cold.

According to evicted residents, they had not received any prior notice of the demolitions.

“The night before, we heard rumors that they were coming to destroy our homes,” Fred Juma, a 55-year-old carpenter and Mathare resident, told Anadolu Agency on Saturday morning.

“Now I have nowhere to go,” said Juma, adding that he also suffers from pneumonia. “It’s obvious the government doesn’t care about us.”

Ten-year-old Martin Kimani told a similar story, saying that, since Friday’s demolitions, he and his family have had to sleep out in the open.

“Now our parents are looking for a new place to stay,” Kimani, sitting next to a fire pit, told Anadolu Agency.

“When they’re gone, me and the other kids try to play,” he added. “It’s usually very cold, but playing keeps our bodies warm.”

The government’s reason for carrying out the demolitions remains unclear. Repeated attempts by Anadolu Agency to obtain comment on the issue from Kenyan government officials were unsuccessful.

According to Amnesty International, more than 300 homes in the area had been razed by Friday, rendering more than 500 people homeless.

In a statement, the London-based rights watchdog blasted the Nairobi County Government for the move, which, it said, contravened both international and domestic law.

“The Nairobi County Government must immediately stop the demolition of hundreds of homes and forced evictions currently under way in Nairobi’s Mathare slum,” the statement read.

The group went on to urge the Nairobi government to “provide emergency shelter and essential services for those left homeless”.