Hydroponics is a subset of hydroculture and is a method of growing plants using mineral nutrient solutions, in water, without soil. 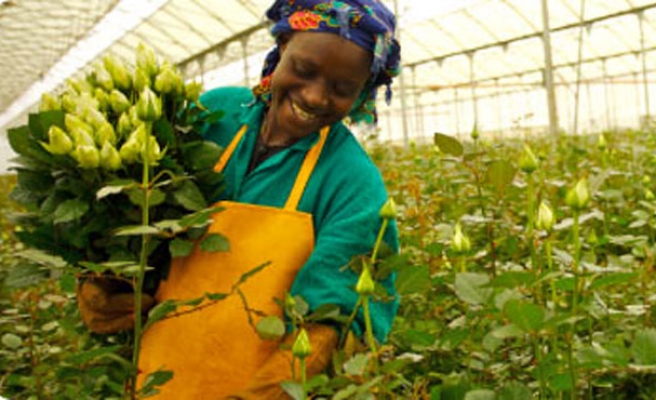 Janet Kananu, a farmer from Limuru town in Kenya's Central Province, is finding it increasingly difficult to rear livestock for meat and other products due to the high cost of animal feed.

"When we go to the market to buy fodder, we end up paying twice as much as what we used to pay two years ago," she told.

"When we ask why we have to pay that much, we are told it is because of climate change," said Kananu.

She said the Central Province, like most parts of the country, had been experiencing a dry spell for several years.

"This, in turn, has ruined business for us," Kananu lamented.

But she has since found some solace in a technology known as "hydroponics agriculture."

This mode of growing food – for both humans and livestock – does not require soil and uses much less water.

"This is our silver lining," Kananu told, smiling. "If we all turn to hydroponics, we could increase our yield tenfold."

The retired secondary school teacher says her farm now uses roughly half the water it did before.

"This is because the water I normally use to grow fodder and food for my family is mixed with a solution made of various mineral salts," Kananu explained.

"Hydroponics agriculture has given me an opportunity to feed my family and my animals by increasing my overall yield," said Kananu.

In recent years, Kenya has been hit by acute rainfall deficits that have led to food insecurity in many parts of the country. The hardest hit areas have been the country's northeastern and southeastern regions.

Kirogo Mwangi, managing director of the Center for Appropriate Technologies, an NGO that provides farmers with equipment, said hydroponics agriculture was gaining a foothold in Kenya.

He said farmers were not only using hydroponics to grow fodder for their livestock, but were also growing vegetables for human consumption.

"We assist farmers with technologies that we bring from the western world and make them appropriate for Africa," Mwangi told.

"We recommend this system to many of the farmers who come to us for training," Mwangi he told.

His NGO offers free training to farmers who wish to learn about hydroponics and other novel agriculture technologies.

"If I can grow more than 60 crops in one square meter vertically – a place that could only hold six plants in an open field – then the farmer who has hectares of land can multiply their yield ten times," Mwangi contended.

The expert said farmers who used hydroponics agriculture were able to avoid the soil-borne diseases that affect the quality of crops produced via open-field cultivation.

He insisted that, with hydroponics, no tilling of land or weeding was necessary.

"We are using a crop system where we put a nutrient solution in the pipes that is suitable for the plants," Mwangi said.

"We only put the solution once when planting, and top it up with water. We are using a substrate to hold the plant," he explained.

The substrate is known as coco peat, an inert material that farmers use in place of soil.

Mwangi said this was recommended for all those who used hydroponics agriculture – especially those who live in towns where soil for cultivation is not easily accessible.

"Sterile and deserted areas can also be rehabilitated by the use of hydroponics because plants require less water when [they are] in the mineral salts solution," he told.

Mwangi believes the new mode of farming could help feed a global population expected to hit 9.5 billion by 2050, according to UN estimates.

"Hydroponics can be a solution to food insecurity, especially in Africa," he told.

"It is the only mode of farming that allows us to control the nutrient levels a plant receives," she told.

"Through such a system, we can come up with the perfect plant – one which is healthy for both animals and humans," Ayieko explained.

"This way, Kenya can be guaranteed a future in which its citizens don't go hungry," she contended.

"Agriculture is the backbone of many economies in Africa," Ayieko told. "These are the same countries that are facing food insecurity."

"If we adopt this new technology, we can be sure of food availability all year round," she asserted.

Hydroponics agriculture has transformed many residential homes in Nairobi into multi-story gardens.

"We teach farmers how to utilize the vertical spaces in their homes," Mwangi, the hydroponics expert, told.

"For every household in Nairobi, space is an issue," he told. "Unlike other towns, Nairobi is not an agricultural town."

Kemboi first heard about hydroponics from a friend who uses it to grow fodder for his animals in Kikuyu, a town in Kenya's Kiambu County.

"After visiting him, I decided to make a small kitchen garden for myself," he said.

"The system creates space where there wasn't any before," he explained. "I also grow plants using water because it's hard to find a large place with soil in a residential home."

"I love agriculture; I love farming," she told. "But you can't do this in Nairobi due to the lack of space."

She first learned of hydroponics from a television commercial.

"They installed my system, which has seven stories, for 5,000 Kenya shillings [roughly $54]," Mativo told AA.

"I grow tomatoes, kale and spinach, which saves me time and money," she said. "The crops mature faster [with hydroponics] when compared to growing them on a farm."

"My wife insisted on it," he told. "She brought the idea to me, which I agreed to."

The family recently contacted some people working in the agriculture field who brought them all the necessary equipment.

"We grow lettuce and kale, which we use," Churu told. "My family loves lettuce."

"It is rare to find people who grow crops in Nairobi," he added, "but now [with hydroponics], many are doing urban farming from the comfort of their own homes."